Ahead of the March budget, UK investors are super-relaxed about extra borrowing as Johnson looks to increase investment in infrastructure 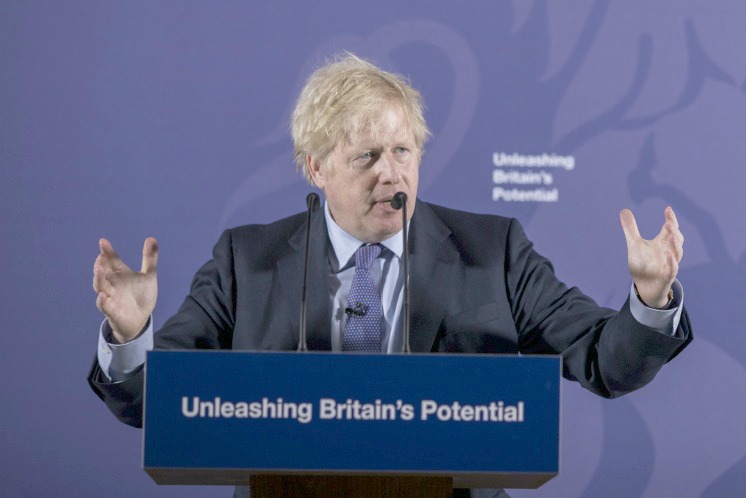 With the March 11 budget coming into view, the average cost of government borrowing is close to the lowest levels on record. That’s even with new chancellor of the exchequer Rishi Sunak expected to announce billions of pounds of extra spending as the nation leaves the EU.

Investors are so relaxed about the prospect of extra borrowing that it took the news of Sunak replacing Sajid Javid last week — a move expected to lead to an even more expansionary budget — with barely a ripple.

Indeed, rather than trying to clip the government’s fiscal wings, investors have increased its ability to spend. The rally in gilts since the last fiscal event in March has driven down the cost of debt servicing and created an extra £5bn of headroom for the chancellor by 2024, according to calculations by Bloomberg Economics’s Dan Hanson.

That move higher in gilts came even after an election campaign that saw both main parties promise to open the fiscal taps, and suggests that so-called bond vigilantes — often summoned up in arguments against fiscal largess — are giving the UK a pass.

“The bond vigilante is dead,” said Kacper Brzezniak, a portfolio manager at Allianz Global Investors, which is currently neutral on gilts. “One of the crazy things about all this focus on debt is that we have seen missed opportunities to take advantage of low yields.”

That’s good news for Johnson as he looks to increase investment in infrastructure dramatically, partly in an attempt to cement support among working-class voters in northern England and the Midlands who backed the Conservatives for the first time in the general election.

Sunak’s budget will be the first to give a boost to economic growth since the financial crisis, the Resolution Foundation think-tank said in a report Thursday.

Even before the more fiscally conservative Javid quit weeks before he was due to deliver his first budget, doubts were growing that the UK could keep to its promise to balance day-to-day government outlays. Bloomberg Economics puts the chance of the current budget staying in surplus in three years at little more than 30%.

One potential risk for bonds is that the extra spending boosts demand in the economy to the extent that it overheats, prompting the Bank of England (BOE) to tighten policy so as to control inflation. That’s particularly a problem given that the BOE’s view of the economy’s potential growth — the rate at which it can grow without fueling price rises — has been cut to about 1%, well below the government’s 2.8% goal.

Still, with much of the extra funding focused on infrastructure, which should boost productivity, the budget may prompt a reassessment of the economy’s supply potential — giving the BOE more leeway to keep rates low. Money markets indicate an 80% chance that the BOE will lower interest rates by a quarter point by the end of the year.

For now, rather than being spooked, the bond market is being propped up by longer-term expectations that inflation will remain tepid. The looming risks to global growth posed by the coronavirus underpin the view that BOE interest rates will stay near record lows.

Meanwhile, persistent demand from pension funds helps keep a lid on yields, while there’s also evidence that foreign buyers are supporting the market. BOE data shows non-residents’ net purchases of gilts in 2019 were the highest since before the referendum.

The average yield on the Bloomberg Barclays gilt index is about 0.8%, close to the record low of just less than 0.6% reached last year. Meanwhile, the yield on 10-year gilts is lower than February 12, the day before Javid’s departure.

“Potential upside risks from fiscal policy need to be considered alongside the numerous downside risks from elsewhere,” said Daniela Russell, the head of HSBC’s UK rates strategy. “At the very least, weak inflation provides the BOE with time to assess the impact of any fiscal easing before the balance of risks can shift away from rate cuts. With that in mind, we think the backdrop is still supportive for gilts.”

World markets are flat but the dollar is on the rampage

GIDEON RACHMAN: How Trump’s ‘transactional’ approach led to the UK to cosy up ...

UK inflation rose to six-month high of 1.8% in January

GIDEON RACHMAN: How Trump’s ‘transactional’ approach led to the UK to cosy up ...

UK inflation rose to six-month high of 1.8% in January