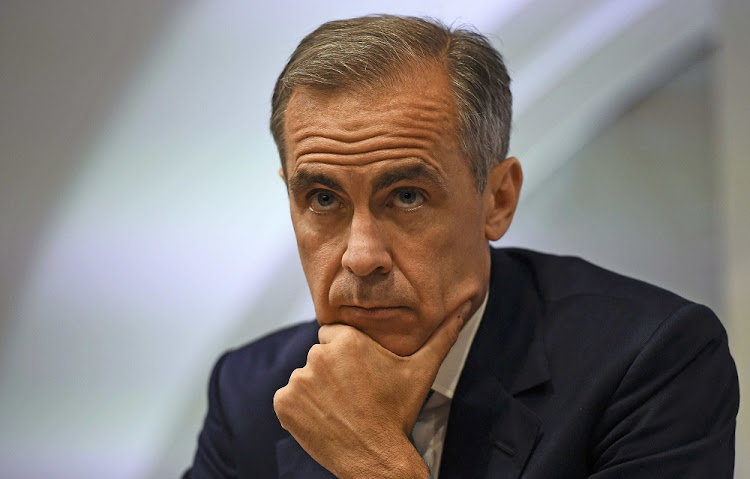 London/Brussels — For post-Brexit Britain the kindness of strangers and their money will be more vital than before.

Prime Minister Boris Johnson has amped up his rhetoric that the UK will leave the EU at the end of the month — even if there is no basis for a future relationship. In the worst-case scenario, a chaotic exit followed by ratings downgrades, a plunge in the pound, a government boosting spending and a central bank struggling to support markets could cause capital to flee from the country’s bonds.

It’s far from the consensus call — gilts have up to now acted as a haven from Brexit risk. But some money managers are starting to worry about the UK’s heavy reliance on foreign investment to finance its large current-account deficit — or in Bank of England governor Mark Carney’s words the “kindness of strangers”.

“If we have a no-deal Brexit then these strangers are going to get worried,” said Mike Riddell, a portfolio manager at Allianz Global Investors, which has reduced its UK debt holdings in recent weeks on the risk of a post-Brexit recession and rate hike.

“In that environment are gilts going to be a safe haven? Absolutely not — they are going to be the opposite of safe havens,” Riddell said.

A bond market crash would drive up the government’s borrowing costs, making it more painful for any post-Brexit administration to spend its way out of trouble. With the initial economic disruption, that would risk snowballing into a deeper recession.

While the pound has slumped 18% since the June 2016 Brexit referendum, gilts have returned investors nearly 20%. They have surged this year on global trade tensions and gloominess over the world economy, offering similar returns to US Treasuries and more than Germany, according to Bloomberg Barclays Indexes. And unlike German bonds, they still offer positive yields.

Overseas buyers have snapped up gilts in the past year at the fastest pace since 2016, increasing their holdings since the Brexit referendum by about £100bn ($123bn), according to data from the BOE. That compares to more than $7bn of foreign investor net outflows from UK equities this year.

It is a simple equation — you’ve got less demand because of uncertainty and you would have more supply because the policy of choice now is fiscal. That’s why it is a clear trade to be short longer-dated gilts

While debt from developed markets tends to rally on economic weakness — due to speculation central banks will cut interest rates — in emerging markets capital tends to flee, due to rising repayment risks or a loss of confidence. Volatility in sterling is already at emerging-market levels and UK assets are set for a substantial repricing once the Brexit outcome becomes known, the BOE’s Carney said last month.

North Asset Management’s chief investment officer, George Papamarkakis, has a similar view and is looking at betting on a decline in long-maturity gilts. To him, whoever forms the next government after a no-deal Brexit is likely to increase spending.

“It is a pretty simple equation — you’ve got less demand because of uncertainty and you would have more supply because the policy of choice now is fiscal,” Papamarkakis said. “That’s why it is a pretty clear trade to be short longer-dated gilts.”

The UK’s debt management office says the gilt market is in a relatively solid position given deep liquidity and a diverse investor base, being more than triple the size it was 11 years ago at more than £1.6-trillion.

“The underlying strength of the market has stood us in good stead over the past few years against the effect of a number of external events, not least the result of the EU referendum in 2016 and the unexpected result of the general election in 2017,” said Robert Stheeman, the Debt Management Office’s CEO.

“Contrary to the expectations of many, the gilt market has reacted in an orderly way,” Stheeman said.

Foreign investors held more than £556bn of gilts, or 28% of the total, as of March. While this vote of confidence implies they don’t expect a disorderly Brexit in the near future, the data on non-resident buying needs to be watched for any signs of slowing demand, said John Wraith, head of UK rates strategy at UBS Group.

How the BOE and credit agencies deal with the fallout from Brexit will be key for investors. In the immediate aftermath of the Brexit referendum, the BOE cut rates and S&P Global Ratings slashed the nation’s sovereign rating by two levels. Fitch Ratings said earlier this year that a two-notch downgrade could again be possible in the case of a severe economic shock.

Financial institutions about the world are watching the developments. For the Royal Bank of Canada, it’s time to sell five-year UK bonds against their German equivalent. For Paul Nicholson, a portfolio manager at Australia’s Queensland government-owned QIC, the “absolutely farcical” Brexit process means he is taking no chances.

“At the moment we have exited all UK positions — all bonds, all currencies and a vast majority of our credit positions,” Nicholson said. “What we want to do is wait on the sidelines and see how it plays out.”

So, a comedian walks into a parliament...

So, a comedian walks into a parliament...