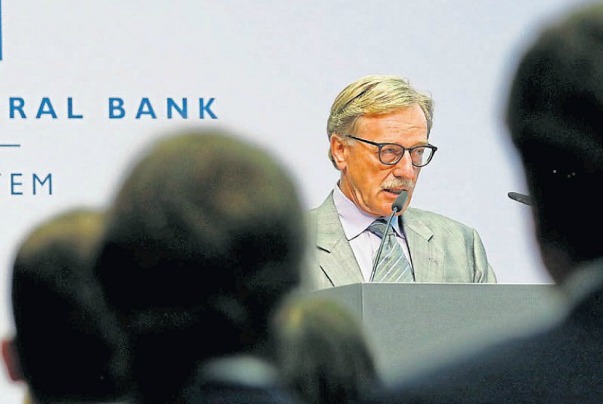 Yves Mersch, a member of the executive board of the European Central Bank. Picture: REUTERS

Frankfurt — The European Central Bank’s (ECB's) key legal official, Yves Mersch, described Facebook’ s plan for its Libra digital currency as “beguiling but treacherous” in a defence of money issued by institutions such as his.

In a speech at the ECB’s legal conference in Frankfurt on Monday, Mersch argued that private currencies have little or no prospect of establishing themselves as viable alternatives to centrally issued legal tender. Only an independent central bank can give money the institutional backing needed to make it reliable and able to win public trust, he said.

“I sincerely hope that the people of Europe will not be tempted to leave behind the safety and soundness of established payment solutions and channels in favour of the beguiling but treacherous promises of Facebook’s siren call,” the ECB executive board member said.

Eurozone policymakers have sounded the alarm about Libra ever since Facebook unveiled its plans in June. French central bank governor Francois Villeroy de Galhau has warned that it raises serious questions about money-laundering and data protection, while Mersch’s executive board colleague, Benoit Coeure, who chairs an international working group on Libra, said a prolonged discussion among regulators may be needed before it could launch.

EU antitrust authorities are also conducting an early-stage probe examining how Libra will be run and how the new payment system will work.

Bank of England governor Mark Carney recently laid out a radical proposal for an overhaul of the global financial system that would eventually replace the dollar as a reserve currency with a Libra-like one stealing the march on digital currencies.

“The stance of central banks toward modern forms of money is bound to evolve with time,” Mersch said. “Central bankers have embraced technological developments in the field of money and will continue to explore helpful new innovations.”

The EU’s queries about Libra follow recent calls by politicians, central bankers and regulatory bodies for tight regulation of Libra
World
1 year ago

What is the state of crypotcurrencies relative to other stores of wealth and means of exchange?
Business
1 year ago