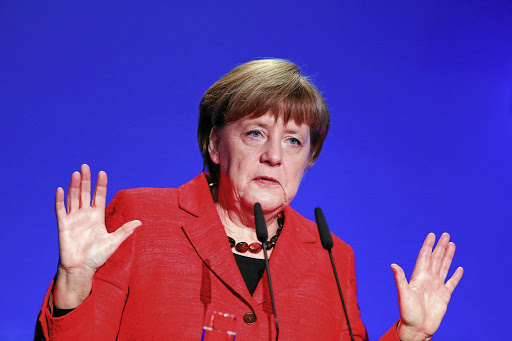 Beijing — German Chancellor Angela Merkel met the wives of two detained Chinese human rights lawyers during her trip to Beijing last week in a rare move for a visiting leader, the women told AFP on Monday.

Heads of state or government often avoid making major public statements about human rights during their trips to China and shun meetings with activists or relatives.

Merkel did not mention the meeting with the two women during her two-day visit on Thursday and Friday, though she said she brought up human rights during her talks with Premier Li Keqiang.

A German government spokesman said that Merkel had met last Thursday "with a group of human rights lawyers and relatives of people detained and discussed their situation with them".

Li Wenzu, who last month had attempted to march 100km to a detention facility to highlight her husband’s plight before she was thwarted by police, said she met Merkel on Thursday.

Li’s husband Wang Quanzhang is an attorney who represented political activists and disappeared in a 2015 police sweep. He has been charged with "subversion of state power".

Li showed AFP a photo of her meeting with Merkel during which the chancellor rests her right hand on her shoulder as they smile at each other.

"I thanked Merkel for her attention and support to 709 lawyers," Li told AFP, referring to a group of attorneys rounded up in a crackdown on July 9 2015.

Wang was among more than 200 Chinese human rights lawyers and activists who were detained or questioned that day, the largest clampdown on the legal profession in recent history.

While most were released on bail, a handful were convicted of various crimes and sentenced to up to seven years in prison.

Wang is the last person in the so-called 709 crackdown to remain in legal limbo and no trial date has been set for him.

"Merkel showed concern over the situation to me, my husband and my child, and said she will continue to support and pay attention to us."

Merkel also met Xu Yan. Her husband Yu Wensheng was charged with "inciting subversion of state power" in January, a week after he was detained as he prepared to take his son to school in Beijing.

At least Macron got a kiss: now Merkel’s up to sway Trump

Merkel and Macron seek compromise to 'crisis-proof' the eurozone