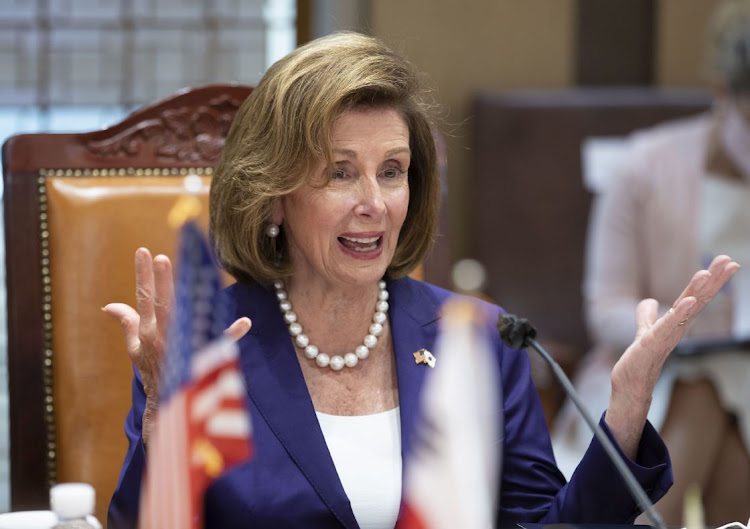 US House of Representatives speaker Nancy Pelosi and her South Korean counterpart vowed on Thursday to support efforts to maintain a strong deterrence against North Korea and achieve its denuclearisation.

A joint statement was issued after Pelosi met South Korea’s National Assembly speaker Kim Jin-pyo in Seoul, in which they expressed concerns over the North’s evolving nuclear and missile threats.

“Both sides expressed concerns about the dire situation of North Korea’s growing threat,” the statement said.

“We agreed to support the efforts of the two governments to achieve practical denuclearisation and peace through international co-operation and diplomatic dialogue, based on the strong and extended deterrence against the North.”

Pelosi also said at a news conference that she and Kim discussed ways to boost co-operation on regional security and economic and climate issues.

Pelosi arrived in South Korea late on Wednesday after a brief stop in Taiwan, and met US embassy officials in Seoul earlier on Thursday before talks with Kim and other legislators.

She would be the highest-level US official to visit the area after former president Donald Trump, who met North Korean leader Kim Jong-un there in 2019.

South Korean President Yoon Suk-yeol, who was on a scheduled holiday this week, will not meet Pelosi but would speak to her by telephone later on Thursday, Yoon’s office said.

South Korean media speculated that Yoon could be shunning meeting Pelosi to avoid antagonising China, after her visit to Taiwan caused outrage in Beijing, which claims the self-governed island as its own.

An official at Yoon’s office said it welcomes Pelosi and wishes her smooth travel, but did not comment on those reports.

“Our position on her visit to Taiwan is that we will continue close communications with other countries based on the view that maintaining regional peace and stability via dialogue and co-operation is important,” the official told reporters.

The military exercises are in response to Nancy Pelosi visiting Taiwan — China considers the island democracy a breakaway province that should be ...
News
1 week ago