Peace plan is at risk if there are any more executions, warns chair of the regional grouping 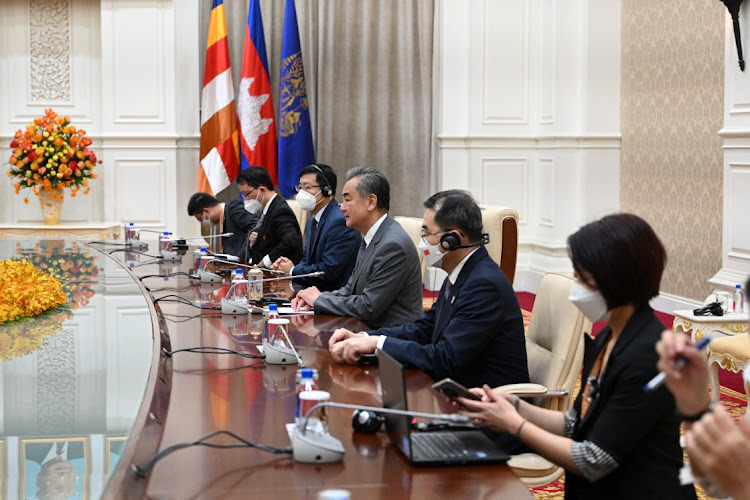 The 10-nation bloc, which is hosting a big international gathering this week, has pushed the Myanmar junta to follow a peace “consensus” agreed in 2021 and has condemned its recent execution of four activists linked to a resistance movement, its first executions in decades.

“If more prisoners are executed, we will be forced to rethink ... our role vis-à-vis Asean’s five-point consensus,” Hun Sen, the chair of Asean, said in opening the meeting of its foreign ministers.

He said Asean’s unity had been challenged by the Myanmar crisis. While the peace plan had “not advanced to everyone’s wishes” there had been some progress on providing humanitarian aid.

But Hun Sen said the situation had changed dramatically and was even worse than before the peace agreement, due to the junta’s execution of the activists, which he said Asean states “are deeply disappointed and disturbed” by.

A senior state department official on Wednesday said the US was “looking at what can be done to both sustain and increase the pressure” on the Myanmar generals.

US secretary of state Antony Blinken is among 27 foreign ministers set to join the Asean Regional Forum security meeting in Cambodia on Friday, which will also include counterparts from China, Russia, Japan, Britain and Australia.

The Myanmar junta last week defended the executions as “justice for the people”, brushing off a deluge of international condemnation. Those activists had aided “terror acts”, it said, referring to attacks by militias fighting military rule and seeking to avenge a deadly crackdown on protests.

Myanmar is not represented at this week’s Asean meetings after its military declined a proposal to send a non-junta representative. Asean has barred the generals until progress in the peace plan is demonstrated.

Some members of Asean, which has a tradition of non-interference in internal affairs, have been increasingly strident in their criticism of Myanmar.

Singapore’s foreign ministry said Myanmar had “disrespected” the peace effort, adding “without any progress on this front, further engagement with the Myanmar military authorities would be of limited value”.

Malaysian foreign minister Saifuddin Abdullah said the junta has been frustrating everyone in Asean and making a mockery of the peace agreement, which should be inclusive of its opponents. “We regret the fact that the junta has not been co-operative,” he added.

Greg Poling, director of Southeast Asia studies at the Center for Strategic and International Studies in Washington, said the bloc was furious over the executions and “will be looking to prove that Asean isn’t completely neutered”.

Still, an Asian diplomat, who declined to be identified, questioned what new measures Asean would be prepared to take. “The five-point consensus was useful because Myanmar had agreed to it ... can you do anything without Myanmar there? Honestly, I don’t know,” said the diplomat.

Asean ministers voiced concern also over developments in Taiwan after the visit by US House of Representatives speaker Nancy Pelosi.

“We hope that all sides will try their best to de-escalate tensions and avoid actions that may contribute to the escalation of tensions,” said Kung Phoak, secretary of state of Cambodia’s foreign ministry.

In a separate statement, Myanmar’s foreign ministry took aim at Washington, a staunch critic of the junta, and said Pelosi’s visit was causing an escalation of regional tensions. “Myanmar opposes any provocative actions causing instabilities in the region and attempts that aim to interfere in internal affairs of other states,” it said.

Junta spokesperson says the men executed were not activists, but killers, who deserved their punishment
World
1 week ago
Next Article