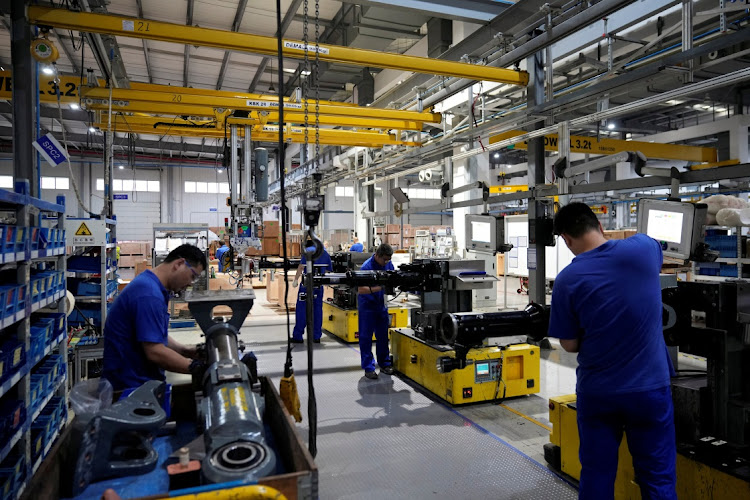 Beijing — China’s wobbly economy stumbled further at the start of the second half of the year, with factories unexpectedly switching back to the slow lane, a slump in the property sector deepening and job cuts still a widespread menace.

A private poll by Caixin on Monday showed manufacturing activity grew more slowly than expected in July, after surging in June when widespread Covid-19 lockdowns were lifted. That came on top of a bearish official survey on Sunday indicating the sector actually contracted last month.

Also on Monday, a poll by China Index Academy, one of the country’s largest independent real estate research firms, showed property sales by floor area in 17 cities tracked by the company slumped 33.4% in July month-on-month versus a 88.9% post-lockdown jump in June, as buyers shunned a market increasingly filled with desperate sellers.

The country’s top leaders last week signalled their preparedness to miss the government growth target of about 5.5% for 2022, a year in which President Xi Jinping is expected to secure a third leadership term.

Second-quarter GDP grew just 0.4% on-year, but authorities have so far refrained from huge stimulus despite fears of a global recession, uncertainties from the Ukraine war and the prospect of recurring Covid-19 lockdowns at home.

“Stagnation is what everyone is worried more after the second quarter (GDP) fell into a hole,” said Nie Wen, a Shanghai-based economist at Hwabao Trust.

“In the second half, what matters more economically would be to quicken the recovery of consumption.”

Retail sales improved in June, up 3.1% on-year, after lockdowns were lifted in some cities including Shanghai. The jobless rate also eased to 5.5% from 5.9% in May.

But consumer sentiment remained fragile, due to widespread uncertainty over jobs.

In the Caixin survey, an index for factory jobs dived to the lowest in 27 months. Companies attributed the staff shedding to cost-cutting, subdued sales, and the non-replacement of voluntary leavers.

“We’ve shut down at least 10% of the factories in Jiangsu so far, and more than 80% of employees have been laid off,” said Xu, GM of a furniture maker in Jiangsu province, declining to give his full name.

“Although the situation has improved Covid-wise and market-wise, we haven't seen a significant rebound in sales,” said Xu, adding that sales are now just half of the usual annual pace of 100-million yuan ($14.8m).