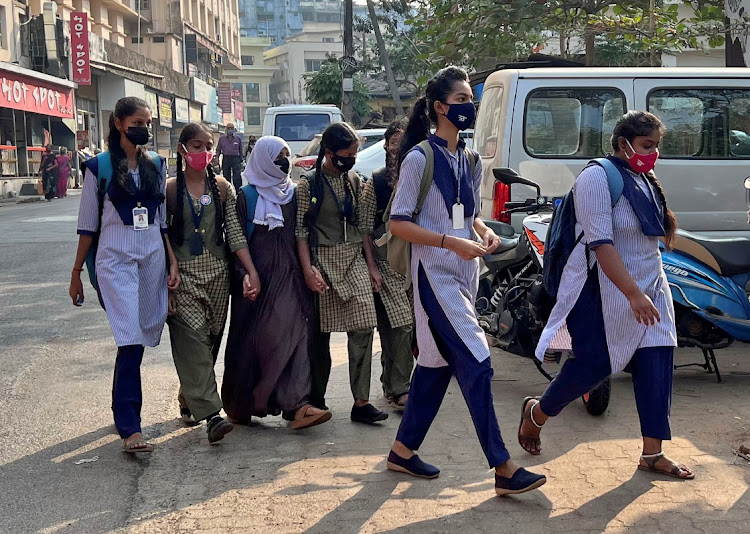 Lucknow — Nine-year-old Rakhi and her two siblings should be in school, but instead they spend afternoons watching cartoons on their father’s phone at home in the north Indian city of Lucknow.

Since they moved last year to Lucknow from Hardoi, about 110km away, the children have been denied admission at a local school because they do not have Aadhaar, the biometric identity card issued by the Indian government.

They are among tens of millions of poor children who risk exclusion from school or benefits programmes because they do not have the digital ID card.

“When we were in Hardoi, the children used to go to a private school in the neighbourhood. They did not ask for Aadhaar there,” said their mother Sunita Saxena, who sells snacks with her husband out of their shack by a highway.

“In the last year we have run from pillar to post to get Aadhaar cards for the children, but we haven’t been able to. We may have to send them back to Hardoi to live with their grandparents and go to school — they are losing precious time.”

Vijay Kiran Anand, an official in the education department of Uttar Pradesh state, where Lucknow is located, said that “no student has been denied admission in state education facilities due to lack of Aadhaar.”

India introduced Aadhaar in 2009 to streamline welfare payments and reduce wastage in public spending. Since then, it has become mandatory for everything from accessing welfare benefits to filing taxes.

The cards have a unique identification number, and also include a photo and fingerprint and iris scans. More than 1.2-billion Aadhaar IDs have been issued, according to government data.

Yet millions of Indians do not have Aadhaar, including large numbers of homeless, transgender and indigenous Adivasi people who may not have a permanent address, or other documents needed for registration.

“Those who don’t have Aadhaar are more likely to be from poorer, marginalised communities who cannot push back against schools and welfare centres that demand [it],” said Dipa Sinha, an assistant professor at Ambedkar University, who researches Aadhaar.

India’s Supreme Court ruled in 2014 that Aadhaar should not be a requirement for welfare programmes, and in 2018 reined in a government push to make it compulsory for everything from receiving pensions to registering mobile SIM cards.

“Even though the Supreme Court has observed that no-one should be denied benefits because of the lack of Aadhaar, it continues to happen,” said Sinha.

In a report in April, India’s auditor-general said the Unique Identification Authority of India (UIDAI) that oversees Aadhaar should review the issue of the IDs to children aged under five, and find other ways to establish their identity.

The UIDAI has not commented on the report.

A government programme that provides free food to pregnant women and poor children up to the age of six will start demanding Aadhaar of all recipients, according to investigative outlet The Reporters' Collective.

In response, the women and child development ministry said in a tweet that a child’s Aadhaar is “not mandatory”, but that the Aadhaar of a parent is required.

Nearly 80-million children benefit from the food programme. Less than a quarter of children below the age of five has an Aadhaar ID, according to official data.

Making Aadhaar mandatory for food benefits would deprive millions of poor children and their families who are still suffering from the impact of the Covid-19 pandemic, said Sinha.

The number of people who are poor in India — with incomes of $2 or less a day — increased by 75-million in 2020 because of the impact of Covid-19, a study by Pew Research Center showed.

“People are much more dependent on these welfare schemes after the loss of livelihood due to the pandemic,” said Sinha.

“Now is the time to get children back in school and to these centres. Not disrupt them again by insisting on Aadhaar.”

More than 1-billion people globally have no way of proving their identity, according to the World Bank.

While governments across the world are adopting digital ID systems for better governance, the UN special rapporteur on human rights said they exclude marginalised groups, and should not be a prerequisite for accessing social protection schemes.

In India, human rights activists and technology experts have also raised concerns about the privacy and safety of the data, the chances of biometrics failure, and the misuse of data for surveillance.

The UIDAI has said it has a “robust security system” which is designed to “ensure data security and privacy”.

Meanwhile, requirements for the ID means that Indians without Aadhaar are being deprived of their rights, say campaigners and human rights groups — from medication to schooling.

The landmark Right to Education Act of 2009 provided the right to free and compulsory education for all children from six to 14 years, while a national food security law in 2013 ensures subsidised food for those in need.

Insisting on Aadhaar “puts the onus on the citizen, and makes it much harder for them to access these rights,” said Sinha.

“They will try a few times, then they will simply give up, and the child is denied an education, and ceases to exist in the eyes of the state.”

In Lucknow, Shifa, 11, has been barred from going to the sixth grade in her school because she does not have an Aadhaar card.

“She misses school, and practices her reading and writing with the newspaper every day,” said her mother Tarannum Khan,  who has made several attempts to apply for the ID.

“Without Aadhaar, we have no other option.”

Tycoon added $36bn to his fortune this year, while Gates’s shrank as he sped up philanthropy.
Business
2 weeks ago

India’s taxes on hybrid cars range as high as 43%,compared to the low rate of 5% for EVs
Companies
2 weeks ago

Sri Lanka’s state of emergency extended for a month

Sri Lanka’s state of emergency extended for a month