A mortgage revolt by homebuyers in July has put more pressure on authorities to act, FT reports 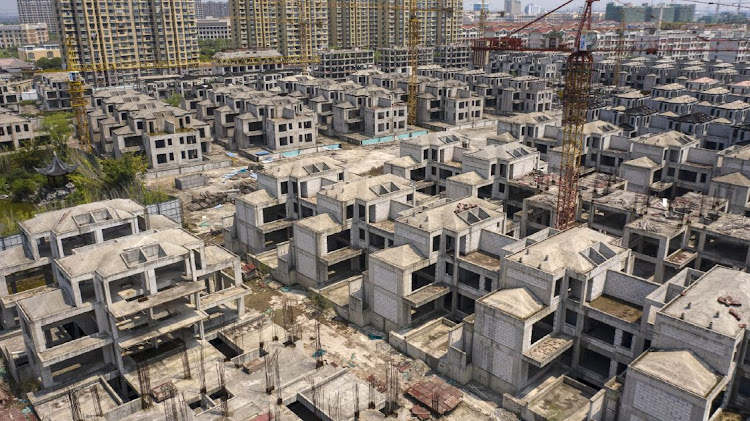 Hong Kong — China will help property developers by issuing 1-trillion yuan ($148.2bn) in loans for stalled developments, the Financial Times said on Thursday, as Beijing tries to revive the debt-stricken sector and relieve pressure on the economy.

Once a key pillar of growth, China’s property sector has been in trouble for more than a year. A growing mortgage revolt by homebuyers in July has put more pressure on authorities to act quickly to quell any social unrest.

The People’s Bank of China (PBOC) will initially issue about 200-billion yuan of low-interest loans, charging about 1.75% a year, to state commercial banks, the report said, citing people involved in the discussions.

The plan, recently approved by China’s State Council, will permit banks to use the PBOC loans along with their own funds to refinance stalled real estate projects, the report added.

The world’s second-biggest economy, of which the property sector accounts for a quarter, only narrowly missed a contraction in the second quarter and is facing an uneven recovery.

A source with direct knowledge of the matter said the “initial” 200-billion yuan will be the total relending facility from PBOC to state banks, and the banks will leverage the money to get more financing from the market.

The official added the funds will not all be used as loans to developers, but also for other methods to help real estate companies.

Reuters reported this week, citing a state bank official, that China planned to launch a real estate fund to help the sector, aiming for a war chest of up to 300-billion yuan ($44.5bn).

Part of the fund will be used to bankroll the purchases of unfinished home projects and complete their construction, and then rent them as part of the government's drive to boost rental housing, the bank official said.

The central bank will support an initial 80-billion yuan of the fund, with state-owned China Construction Bank contributing 50-billion yuan of it with a relending facility from the PBOC, Reuters reported.

However, property developers and analysts said even 1-trillion yuan in new financing will not be sufficient to resolve the sector’s debt mess. China Evergrande Group alone has more than $300bn in debt and is expected to announce a restructuring plan this week.

Beijing is scrambling to reassure homebuyers who are threatening to stop paying mortgages on unfinished projects, which is spurring a shakeout among cash-starved developers who have long relied on presales of apartments.

Private developers account for about 70% of the market, and at least half of them have run into liquidity issues, according to analysts.

The mortgage boycott has also hit banking stocks, as investors fear lenders could face hefty writedowns. Up to 1.5-trillion yuan ($220bn) of mortgage loans are linked to unfinished residential projects, ANZ estimated in a report.

While new funding schemes led by the government will help to boost market sentiment, analysts said more action will be needed.

Markets had hoped for more property support announcements this week after a meeting of the Politburo, a high-level body of the ruling Communist Party. But its statements on the sector released on Thursday by state media were brief, promising to stabilise the market and ensure delivery of homes.

Meanwhile, both home buyers and investors are staying away after waves of bad news.

China’s property investment fell 5.4% from a year earlier in the first half of the year, while property sales by floor area slumped 22.2% and new construction starts fell 34.4%, official data showed.

“We expect stronger, but targeted, policy easing will be rolled out in the second half to support real estate construction and infrastructure spending,” Oxford Economics said in a note this week.

“While this will provide a short-term boost to the economy, it is not ideal for China’s longer-term growth as the government and the financial sector are being forced to help sustain an unproductive (and failing) real estate industry.”

Home to some of the country’s leading companies, China’s biggest goods exporter is struggling amid lockdowns, border closures and decreased consumer ...
World
1 month ago
Next Article