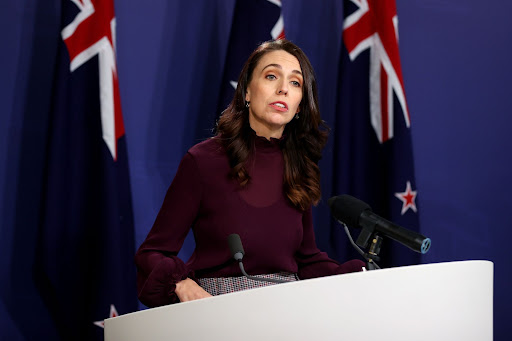 Leaders of the Pacific Islands Forum countries gather in Fiji next week for an annual meeting at a time of growing concern in some countries about China’s influence, highlighted this year by a security pact with the Solomon Islands.

“New Zealand is committed to the Pacific Islands Forum as the vehicle for addressing regional challenges,” Ardern said in a speech to the Lowy Institute think-tank in Australia.

“We have a strong commitment to supporting broader ambitions for our region’s security,” she said. “Importantly, we see local security challenges being resolved locally, with Pacific Islands Forum members’ security being addressed first and foremost by the forum family.”

China’s growing sway in the Pacific and the potential for militarisation in the region’s small island nations has fanned concern, particularly in Australia and New Zealand as well as their partner, the US.

China, following on from its pact with the Solomon Islands, has been pushing for a regional co-operation deal with almost a dozen Pacific nations on policing, security and data communications.

As Ardern was speaking in Australia, her government announced a review of defence policy, strategy and planned investment, in part because of an “intensification of geostrategic competition”.

Ardern said though Pacific co-operation should be shaped by various agreements in place and regional groupings, that did not mean others would not have an interest in engaging with the region.

“It would be wrong to characterise this engagement, including that of China, as new. It would also be wrong to position the Pacific in such a way that they have to ‘pick sides’,” she said.

New Zealand defence minister Peeni Henare, in announcing the defence review, said the military worked daily with allies to protect security and stability in the region.

“The importance of this review is paramount so that we can make sure future investments are fit for purpose in a post-Covid-19 environment, a Pacific region grappling with climate change and the intensification of strategic competition, and a world which is seeing a brutal invasion of Ukraine by Russia,” Henare said.

Under the FTA, New Zealand export revenue to the EU is estimated to grow by up to $1.1bn annually by 2035
News
1 month ago

Tourists from visa-waiver nations including the US, UK and Singapore will be able to visit from May 1, but the border will remain closed for all ...
World
4 months ago
Next Article