Kyoto wants tourists to return — just not so many of them

Despite a weak yen being a big draw for tourists and a boon for businesses, Covid-19 fears persist 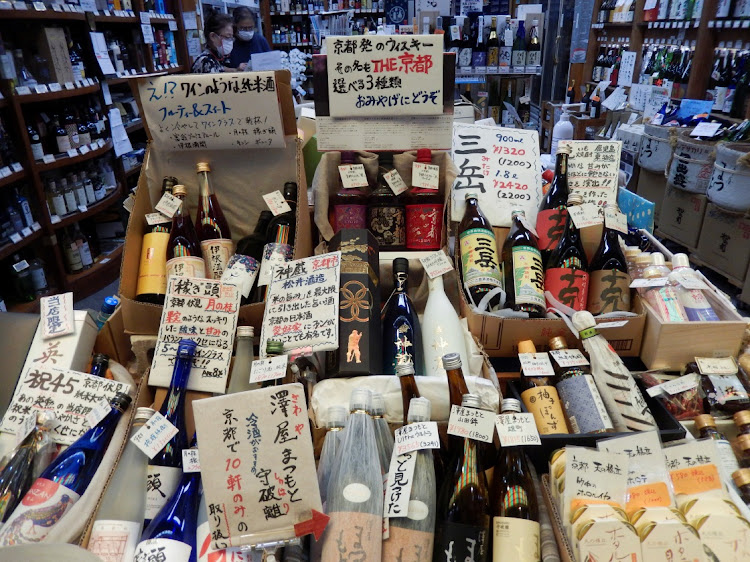 Kyoto — Poring over the ledger at her more than 230-year-old liquor shop in Kyoto, Yasuko Fujii has mixed feelings about the return of foreign tourists who would crowd the streets of Japan's ancient capital before the pandemic — and buy lots of whisky and wine.

Her ambivalence reflects a broader uncertainty in Japan about welcoming tourist hordes amid fears they could trigger a resurgence in Covid-19 cases, even though a weak yen would be a big draw for tourists and a boon for local businesses.

Millions of tourists from China, South Korea and Southeast Asia used to throng the Nishiki market where Fujii's shop is located before curbs set in two years ago. Locals often felt overwhelmed and many stopped coming, she said.

Japan's opening up to mass tourism over the last decade brought an economic boost — a record 32-million tourists visited in 2019 and spent about $38bn — but that also led to complaints of shoddy behaviour at sites such as Kyoto's temples.

Known for its narrow streets of tea houses and “ryokan” inns, Kyoto has been both badly hit and deeply relieved by the absence of foreign tourists, locals say.

With the yen at its weakest in more the two decades and a revival in global travel, Kyoto's hard-hit hotels and traditional sweet shops should have been bracing for a tourism surge. Instead, only some visitors have trickled in as Japan is allowing a small number of tourists to enter the country after easing curbs in June.

Prime Minister Fumio Kishida, whose ruling party is expected to win an upper house election on July 10, is seen sticking to a gradual easing of measures after he won public support for keeping borders shut last year. He would face a backlash if visitors sparked fresh Covid-19 cases.

While the weak yen is a boon for tourists — a round-trip ticket to Kyoto from Tokyo by bullet train costs the equivalent of $196 now, vs $244 at the height of the tourist boom three years ago — it is a headache for the government as it drives up fuel and electricity prices.

At Sengyo Kimura, a fresh fish shop in Nishiki market in business since 1620, Kaoru Kimura, 68, says she wants tourists to return, just not so many of them.

The family-run shop was flooded with visitors before the pandemic. Knowing the Kimuras would not accept tips, visitors often left tokens of gratitude: a Canadian flag pin, paper cutting from China, Russian perfume and Hawaiian nuts.

“The issue is not about foreign tourists but rather our capacity to accommodate customers,” she said. “If too many come we aren't able to show them proper hospitality.”

The number of hotels that shut down nationwide rose to a five-year high in 2021 and the local tourism industry in Kyoto has been badly hit, according to research firm Teikoku Databank.

“The damage is quite significant,” said Teikoku analyst Keisuke Noda. Demand has dried up for businesses such as rental kimono shops, aimed mostly at foreigners.

Across the street from Hakuba, an antiques store founded 40 years ago, fleets of buses used to bring tourists to the Daitokuji Temple complex. Now the huge parking lot stands empty.

For Fujii, the liquor shop owner, business is back to 60%-70% of prepandemic levels thanks to Japanese tourists.

About 5.17-million people stayed in Kyoto hotels and guest houses last year, almost all of them Japanese, government data shows. That compared to about 13.2-million in 2019, when both foreigners and Japanese stayed.

Back at the fish shop, workers in rubber boots and aprons were cutting up salmon and tuna, which they arranged carefully alongside clams and oysters at the store front.

Kimura said she still wants people from “all walks of life” to try their fish. “The queue, though, is a nightmare.”