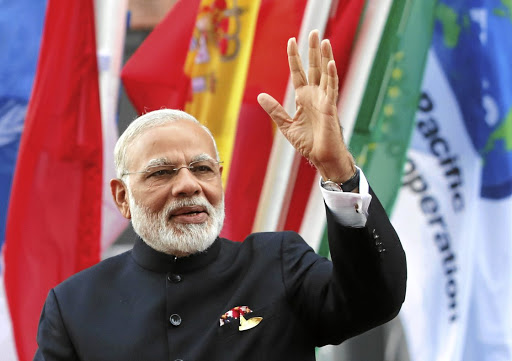 New Delhi/Bhojpur — Catching his breath after a set of push-ups, Indian teenager Neeraj Kumar said waking before dawn for a gruelling military-style training session had become part of his routine — even as his dreams of an army career turn to dust.

Joining the military has long been seen as a route out of poverty in India, but a recruitment shake-up that aims to hire young troops on capped four-year contracts with less favourable terms has angered would-be recruits like Kumar, sparking mass protests in June.

“All I ever wanted in my life was to join the army because it is a dream of every Indian man to be able to serve our motherland, but the government snatched this from us,” Kumar, 18, said in Bhojpur, a district in Bihar, one of India’s poorest states.

“After four years, we will be left unemployed and people will call us retired,” he said.

For Indians from poor rural areas, the nation’s 1.38-million-strong armed forces is one of their few realistic options of securing permanent employment with a guaranteed pension and additional benefits.

A military job can also raise a young recruit’s social status, and that of his family, convincing many to pay for years of training to boost their chances of being accepted. Kumar said his parents had mortgaged their small plot of land to help pay for the training, which included maths lessons and fitness.

The violent protests in poor northern areas over the army plan, which promises to retain 25% of recruits beyond four years, followed unrest in January when protesters denounced alleged hiring by the railways department, another major public sector employer.

Thousands of demonstrators attacked train coaches and clashed with police during the protests, which economic analysts said were a symptom of India’s rolling youth unemployment crisis.

“We are very far behind the curve and we sort of missed the bus a little ... in terms of creating enough jobs for the youth coming into the labour force,” said Deepanshu Mohan, an associate professor of economics at OP Jindal Global University on the outskirts of the capital, New Delhi.

He said the protests over military and railway hirings stemmed from poor government communication and the sudden loss of a potential socioeconomic safety net that had plunged legions of low-income youth into an uncertain future.

The move to offer military jobs on contract highlights a steady erosion of quality employment due to a broader shift towards ad hoc work contracts with little to no protections or benefits, he added.

The defence ministry did not respond to requests for comment.

Government jobs always attract huge numbers of candidates in India. Despite the outcry over the recruitment plan, the Indian Air Force received more than 200,000 applications within a week of opening registrations. A total of 46,000 troops will be selected in the military this year.

When Prime Minister Narendra Modi took office in 2014, he promised economic development that would create millions of jobs for the surging ranks of young, educated Indians.

But national unemployment peaked at 23.5% in 2020 — at the height of Covid-19 lockdowns — and has stubbornly remained well above 7% since, according to data from the Mumbai-based Centre for Monitoring Indian Economy (CMIE), much higher than the global average.

Things are somewhat better for the 20-24 age group, where the employment rate stands at about 20%, according to a June 20 CMIE statement.

Without suitable jobs available, many out-of-work young Indians have simply given up the hunt, said Abhijit Mukhopadhyay, a senior fellow in the economy and growth programme at the Observer Research Foundation.

“If the economy is unable to create enough jobs for these people, these protests will keep happening periodically,” he said, adding that jobless youth were often targeted by “politically motivated people” who paid them to join demonstrations.

Critics of the military hiring shake-up fear the exit of three-quarters of young recruits after four years will only serve to swell the ranks of unemployed youth.

The retired soldiers will receive a one-time payout and could be offered federal or state government jobs, including in the country’s various paramilitary forces or in the police.

Kumar said now that he had all but abandoned his army ambitions, he hoped to join the state police force in either Bihar or neighbouring West Bengal.

The military reform, called Agnipath or “path of fire”, aims to reduce the average age of lower-ranking personnel in the armed forces to about 24 from 32 at present.

Younger, fitter forces will be stationed on India’s hostile borders with nuclear-armed Pakistan and China, at a time of rising tensions, and the plan will trim pay and pension costs that consume more than half of India’s defence budget, analysts say.

But Varun Gandhi, an MP from Modi’s ruling party, argued in a recent newspaper editorial that “rather than downsizing or simply avoiding the cost of pensions and benefits, one should rightsize the government”.

He called on the government to fill more than six million vacant federal and state jobs. From the solar energy and electric vehicles markets to waste management, Gandhi pointed to the growing sectors in India as potential “green jobs” creators.

His suggestions came about two weeks after Modi announced his government would go “on a mission mode” to hire 1-million people for government jobs over the next year-and-a-half.

Such promises offer little hope to 22-year-old Ravi Ranjan Rai in Bihar, who had his heart set on an army job to lift his farming family out of poverty. He said he felt betrayed by the Agnipath military plan.

“I’m the only brother among three sisters and I have a lot of responsibilities on my shoulders,” said Rai. “We are willing to give our lives for the country and the government is literally shattering our dreams.”