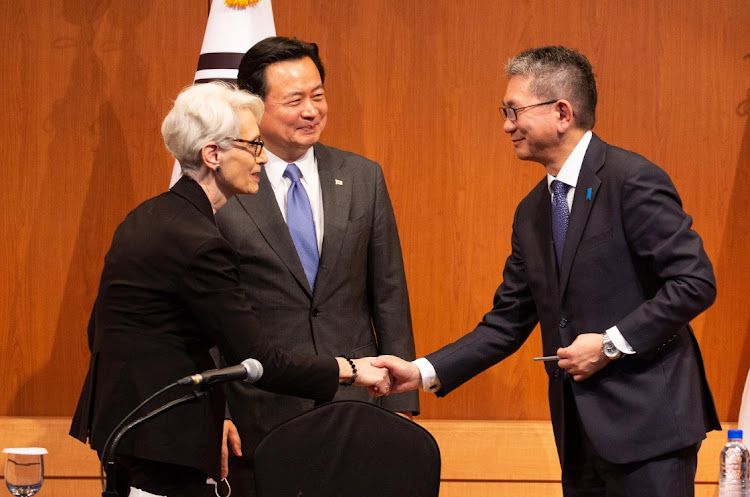 Seoul — South Korea’s tougher stance towards the North under its new conservative president will be welcomed by Tokyo as Japan seeks to boost its military capabilities amid rising tensions on the Korean Peninsula and more broadly in the region, analysts say.

South Korea and the US this week fired missiles and staged a joint show of air strength in response to a barrage of short-range ballistic missiles launched by North Korea on Sunday 5 June.

The Ukraine situation has galvanized public support for defence spending in ways the threat of China never did.

It marked the second time South Korean President Yoon Suk-yeol has taken such a direct response since taking office in May 2022 with a pledge to respond more forcefully if North Korean leader Kim Jong Un ignores warnings about military provocations and offers of dialogue.

“The escalation of tension on the Korean peninsula, North Korea’s actions and our response to that as we saw has to be something that puts a smile on Japan’s face,” said Kim Dong-yub of Kyungnam University in Seoul.

For decades, Japan has stuck to a policy of keeping defence spending within 1% of GDP, countering concerns about any revival of the militarism that led the country into World War 2.

Japan this week said it wanted drastically increase defence spending “within the next five years”.

“The Yoon government’s stronger response to North Korean provocations will find support in Japan, not only as an effort to deter the Kim regime, but also as part of defending a regional order already under stress from China,” said Leif-Eric Easley, an international studies professor at Ewha University in Seoul.

In an update to Japan’s national security strategy due by year end, Kishida’s administration is expected to commit Japan to acquiring missiles and other equipment to allow it to strike enemy bases, a capability critics say puts Japan beyond the bounds of a pacifist constitution that forbids it to wage war.

The shift in Seoul’s posture comes as Japan and South Korea look to reset relations that have been hampered by disputes stemming from their wartime past and Japan’s colonisation of the Korean Peninsula.

Yoon has said he hoped to meet Kishida soon, and work with him to improve ties.

Corey Wallace, a Japanese politics and security expert at Kanagawa University, said while Japan is winning public support with its stronger defence policy, better relations with Seoul were a bonus.

“The Ukraine situation has galvanised public support for defence spending in ways the threat of China never did. Tokyo sees a window of opportunity to push on a door that was somewhat closed before,” Wallace said.

“Improved relations with Seoul is a cherry on top.”

About 72% of Japanese support stronger military defence, a poll of 1,060 respondents by Nippon Television Network (NTV) and Yomiuri Newspaper on June 5 showed, and more than half wanted Japan to boost defence spending. Other recent surveys said most also expect better relations with South Korea under Yoon.

A stronger combined defence posture between South Korea and the US towards North Korea will also help Japan focus more on keeping China in check, experts say.

“In theory, Japan could then dedicate more of its military resources and new spending to enhance its military presence in its southwest maritime domain instead to check China,” Wallace said.

“However, giving Japan that level of comfort would require years of positive Seoul-Tokyo relations.”

Alliance has long been the cornerstone of peace in the Indo-Pacific, American president says
World
1 month ago