State media said authorities are stepping up testing and disinfection across the country, after reporting this week a ‘stabilising’ trend in the outbreak 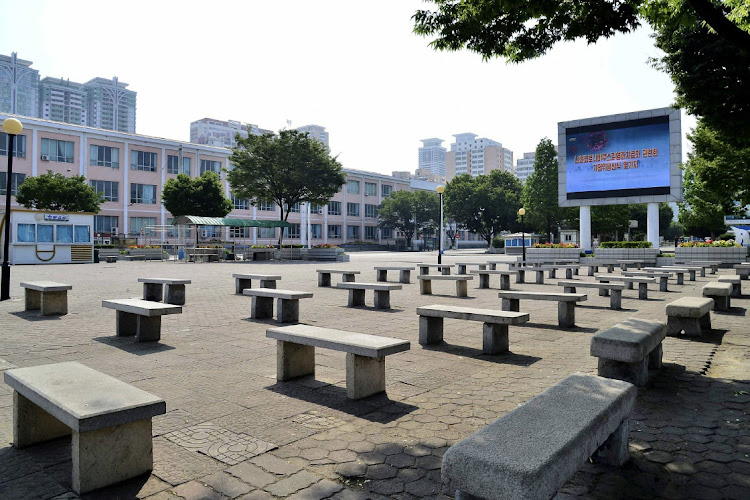 An empty street in seen in front of Pyongyang station, amid the growing fear about the spread of Covid-19, in Pyongyang, North Korea, in this photo released by Kyodo on May 23, 2022. Picture: KYODO VIA REUTERS

Seoul — North Korean health officials are testing rivers, lakes, the air and household wastewater and garbage for the coronavirus as the country intensifies its fight against its first outbreak, state media said on Friday.

The isolated country has been in a heated battle against an unprecedented Covid-19 wave since declaring a state of emergency and imposing a nationwide lockdown this month, fuelling concerns about a lack of vaccines, medical supplies and food shortages.

State media said authorities are stepping up testing and disinfection across the country, after reporting this week a “stabilising” trend in the outbreak, including signs that the a wave of fevers was abating and a relatively low death toll.

The total number of fever patients since April rose to 3,270,850 among the 25-million population, and a death toll to 69, up by one from a day earlier.

In another dispatch, KCNA said antivirus offices gathered samples from many sources to check whether areas had been infected with Covid-19.

“Emergency anti-epidemic sectors at all levels give precedence to the test of specimens collected in rivers and lakes, while disinfecting hundreds of thousands of cubic metres of sewage and thousands of tonnes of garbage every day and examining and analysing samples,” KCNA said.

It did not elaborate on testing methods. North Korea said last year it had developed its own polymerase chain reaction test equipment, but has never confirmed how many people have tested positive, instead reporting the number with fever symptoms.

Experts have said those figures could be underreported, and make it difficult to assess the scale of the situation.

Reuters was unable to independently verify information contained in the video.

“Officials are collecting samples from people showing fever ... and testing drinks produced at water factories in Pyongyang to ensure they are clean and safe,” Jo Chol Ung, vice chief of the Pyongyang Municipal Hygienic and Anti-epidemic Centre, said in the footage.