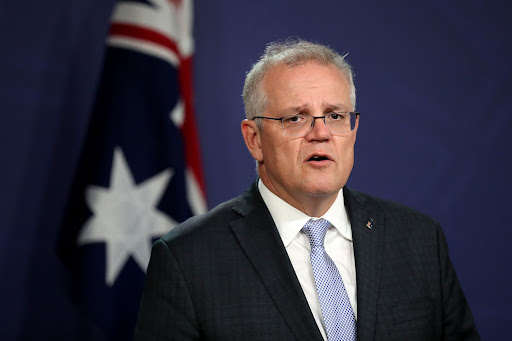 Sydney — Australian Prime Minister Scott Morrison was dealt an election knock on Tuesday after the country’s central bank raised rates in the middle of a tough campaign, which could further increase living costs and hamper his party’s prospects at the polls.

The Reserve Bank of Australia (RBA) lifted its official cash rate to 0.35% from record low of 0.1% in a bid to contain surging inflation and signalled more tightening to come.

Morrison, trailing in polls ahead of a national election to be held on May 21, said Australians had been preparing for a hike in interest rates “for some time” but conceded the decision would be difficult for some.

“Throughout the pandemic, we have seen them double buffers on their mortgages ... and strengthen their balance sheets in preparation,” Morrison said at a media briefing. “For those who are paying more, that will be hard and we understand that.”

The hike in rates means millions of Australians will have to cough up more money on their mortgages for the first time since 2010. Cheap loans fuelled a housing boom last year, a windfall for household wealth and consumer confidence, but that has also raised affordability concerns.

With inflation rising twice as fast as wages, real incomes are in the red putting pressure on Morrison’s Liberal-National coalition, that has a one-seat majority in the lower house of parliament. Centre-left Labor is ahead in polls.

The last time the RBA increased rates during an election campaign was in 2007, and then Prime Minister John Howard went on to lose both the vote and his seat.

Asked by reporters whether he had just lost the election, Morrison said: “Of course not”. Voters would understand the rate hike was due to global events and not the government's handling of the economy, he said.

Morrison blamed the war in Ukraine and the Covid-19 lockdown in China for the inflation shock but argued Australia was in a better economic position than many developed nations.

Australia is concerned it could open the door to a Chinese military presence less than 2,000km away
World
1 month ago
Next Article