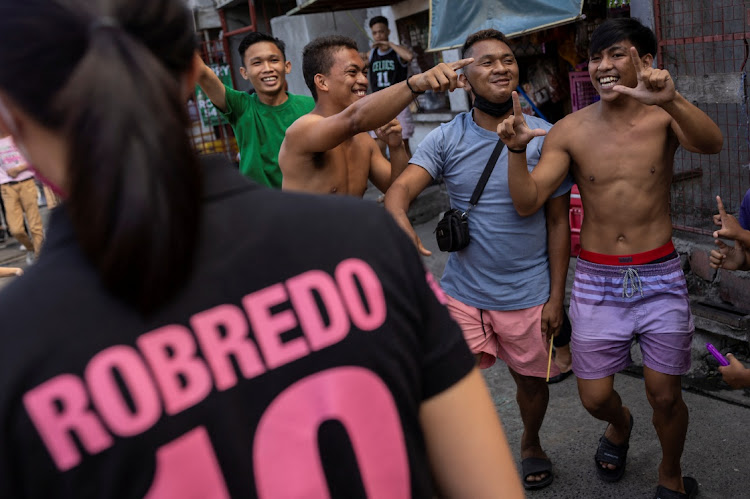 Bangkok/Manila — At St Francis of Assisi church in Manila, as parishioners kneel and bow their heads in prayer at Sunday mass, the lector appeals for a safe, peaceful and honest presidential election.

The prayer — recited in Tagalog or English to a nation of about 85-million Catholics — also seeks deliverance from “dishonesty, lies and all distortion of truth”.

The May 9 election to pick the nation’s president, vice-president, senators, and fill 300 lower house seats and 18,000 local posts, is seen as highly consequential, with the son of an ousted dictator, Ferdinand Marcos Jr, pitted against an incumbent vice-president, Maria Leonor “Leni” Robredo.

For Angelique Mendoza, a 61-year-old retiree, it is only fitting that church leaders have joined the fight against disinformation, as citizens face a barrage of falsehoods on social media platforms, as they did before 2016’s election.

“Some people are getting tired of priests telling us about the dangers of fake news. I am not, because it is their moral obligation to warn us of what is not good for our spirituality,” she said after mass at St Francis church on a recent Sunday.

“I don’t mind hearing the priests warning us about fake news. As long as they do not mention any names, I still find them apolitical,” she said.

The word of the church carries enormous clout in the Philippines, where eight in 10 people are Catholics.

Its influence is not lost on Robredo, sole female candidate for president, who is trailing front-runner Marcos and has enlisted the help of priests in her campaign.

“The Catholic Church has the machinery on the ground to fight disinformation,” Robredo told reporters in Cebu city.

“But my call is for everyone, not only the Catholic Church. This is not only my problem as a candidate, but a problem for everyone: the elections will be based on lies if we don’t do everything to stop disinformation,” she said.

“The worst thing that can happen is not me losing, but the other candidate winning through disinformation.”

Robredo’s plea appears to have been heeded.

Nearly half of misinformation online targets Robredo and helps Marcos, according to fact-checking coalition Tsek.ph.

A spokesperson for Marcos did not respond to a request for comment.

“We’ve seen the damage lies can do. We know that it’s impossible to have integrity of elections when we don’t have integrity of facts,” said Maria Ressa, CEO of Rappler, a digital media outlet, which is part of FactsFirstPH, a fact-checking collaborative of about 150 organisations.

“In this Avengers Assemble moment, there is strength in standing together. We know what happens when we don’t stand up for facts,” said Ressa, referring to a gathering of superheroes who take on the villains in the Marvel film.

Ressa, a Nobel prize laureate, had repeatedly warned of the spread of disinformation on social media platforms in favour of then presidential candidate Rodrigo Duterte in 2016, when Marcos Jr lost the race for vice-president to Robredo.

His daughter, Sara Duterte-Carpio, is now running with Marcos for vice-president.

He said TikTok, the short-video platform, is particularly influential as its playful format appeals to young Filipinos who make up more than half the voter base. Facebook and YouTube are also major channels for misinformation, he added.

“In 2016, the Philippines was caught flat-footed when it came to fake news and troll armies — we didn’t even know these terms then. Now, there have been some legislative efforts, and there’s greater awareness across the board,” he said.

TikTok did not respond to a request for comment.

Meta Platforms, the parent of Facebook, said earlier in April that it had removed a network of more than 400 accounts, pages and groups in relation to the Philippine election.

It said it had built new products and developed “stronger” policies “to remove harmful content and networks when we see them”, and has a dedicated team, including local experts.

Google and YouTube have introduced candidate information panels, and support the FactsFirstPH collaborative. YouTube has removed more than 400,000 videos uploaded from the Philippines from February 2021 to January 2022, a spokesperson said.

Content moderation policies of social media platforms have come under greater scrutiny worldwide, as Facebook changed its rules for the Ukraine invasion, and Rohingya Muslims filed a lawsuit in 2021 against Facebook for failing to police hate content they say led to their genocide in 2017.

The Philippine presidential candidates — among them is the mayor of Manila and former boxing champion Manny Pacquiao — said in a debate in March that social media firms must be held liable for the spread of disinformation on their platforms.

Marcos did not participate in that debate.

While platforms appear to have adopted some remedial measures, “the speed, breadth and depth of their responses are an issue, given the overwhelming disinformation we’re awash in,” said Yvonne Chua, project leader of Tsek.ph.

“Countering disinformation requires a whole-of-society approach. Fact-checkers are an important cog in the wheel in the fight against disinformation, but there are other cogs,” she added.

So at the nation’s many churches, priests will warn congregations about the evils of disinformation and pray for an honest election, said Bishop Pablo David, head of the Philippines Association of Catholic Bishops.

“One of the most crucial issues about the coming election is the moral imperative of upholding the truth,” he said.

“The moral obligation of every Christian is to uphold the truth.”