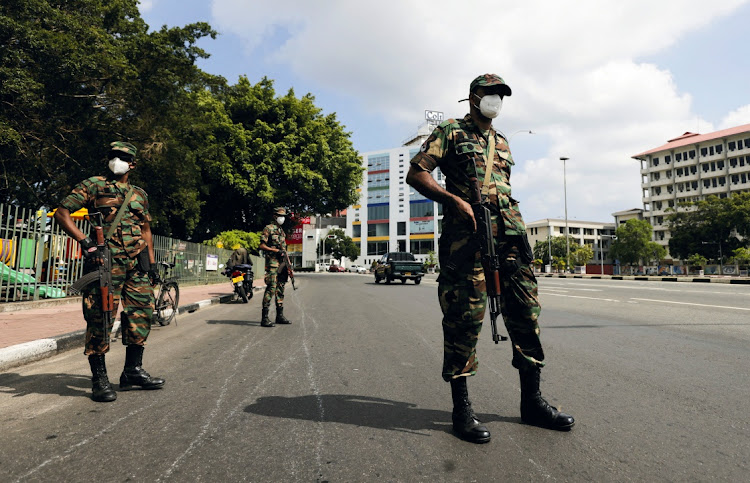 Colombo — Police fired teargas at hundreds of protesting students in central Sri Lanka on Sunday, a federal legislator said, as soldiers manned checkpoints in the capital to enforce a curfew imposed to curb public outrage triggered by an economic crisis.

Lakshman Kiriella, MP from the second-largest city, Kandy, said police used teargas to scatter students protesting against the government near the University of Peradeniya.

“These students have come out in defiance of the curfew and police have fired teargas to disperse them,” said Kiriella, from the opposition Samagi Jana Balawegaya party. The university is on the outskirts of Kandy, where the students had been held back by police, he said.

Police officials in Kandy did not respond to calls from Reuters seeking comment.

President Gotabaya Rajapaksa declared a state of emergency on Friday as the Indian Ocean island nation grapples with rising prices, shortages of essentials and rolling power cuts. On Saturday, the government implemented a countrywide curfew as protests turned violent. It is to run until 6am on Monday.

Critics say the roots of the crisis, the worst in several decades, lie in economic mismanagement by successive governments that amassed huge budget shortfalls and a current account deficit.

The crisis was accelerated by deep tax cuts Rajapaksa promised during the 2019 election campaign and enacted months before the Covid-19 pandemic, which wiped out parts of Sri Lanka's economy.

In the capital Colombo on Sunday, about two dozen opposition leaders stopped at police barricades on the way to Independence Square, some shouting “Gota(baya) Go home”.

“This is unacceptable,” said opposition leader Eran Wickramaratne leaning over the barricades. “This is a democracy.”

Small groups in Colombo were standing outside their homes to protest, some holding handwritten banners, others with national flags.

Minister for youth and sports Namal Rajapaksa, the president’s nephew, said in a tweet he would “never condone the blocking of social media”.

Emergency powers in the past have allowed the military to arrest and detain suspects without warrants, but the terms of the current powers are not yet clear.

Soldiers with assault rifles and police manned checkpoints in Colombo on Sunday.

Nihal Thalduwa, a senior superintendent of police, said 664 people who broke curfew rules were arrested by the police in Western Province, the country’s most populous administrative division, which includes Colombo.

Western and Asian diplomats based in Sri Lanka said they were monitoring the situation and expected the government to allow citizens to hold peaceful demonstrations.

The government is grappling with limited foreign reserves and inflation, which is the highest in Asia
News
2 months ago

Officials from the two countries have initialled a draft pact on security, but the Solomon Islands said the agreement doesn't invite China to ...
World
2 months ago
Next Article