Australia and New Zealand fear China’s presence in the region 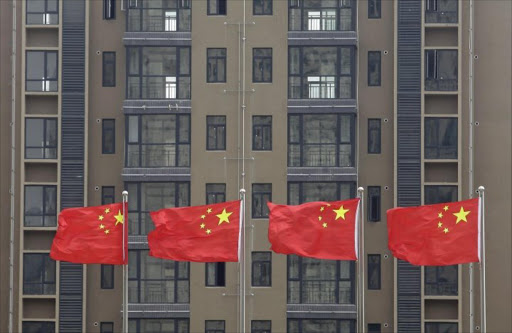 Sydney/Wellington — Australia and New Zealand expressed concerned on Friday about the impact on regional security of military co-operation between China and the Solomon Islands after a draft document outlining proposed co-operation was leaked online.

The security treaty, if concluded, would be a major inroad for China in a region that US allies Australia and New Zealand have for decades seen as their “back yard”.

Australia Prime Minister Scott Morrison said he had not spoken to his Solomon Islands counterpart in the 24-hours since news of the Pacific island's security discussions with China were made public but talks were being held with Honiara.

“We will see how this progresses,” Morrison told reporters, adding that Australia and New Zealand were part of the “Pacific family”.

“There are others who may seek to pretend to influence and may seek to get some sort of hold in the region and we are very conscious of that,” he said.

The Solomon Islands has signed a policing deal with China and will send a proposal for a broader security agreement covering the military to its cabinet for consideration, a Solomon Islands official told Reuters on Thursday.

The proposed security pact with China would match one the Solomon Islands has with Australia that allows for the deployment of armed forces.

Former Australian prime minister Kevin Rudd told ABC Radio the proposed pact between Solomon Islands and China was “one of the most significant security developments that we have seen in decades and it's one that is adverse to Australia's national security interests”.

The Pacific Island nation of fewer than a million people, 2,000km northeast of Australia, switched diplomatic recognition from Taiwan to Beijing in 2019, signalling China’s growing influence in the Pacific.

New Zealand’s foreign minister, Nanaia Mahuta, said in a statement that Pacific partners should be transparent in their actions.

“Such agreements will always be the right of any sovereign country to enter into, however developments within this purported agreement could destabilise the current institutions and arrangements that have long underpinned the Pacific region’s security,” she said.

Relations between Australia and China have been particularly fraught over recent years, with their latest row over a Chinese navy ship that passed through Australia’s northern economic exclusion zone and aimed a laser pointer at an Australian surveillance plane.

Australia and New Zealand have police in the Solomon Islands at its request, and both were part of a multinational policing contingent invited by Prime Minister Manasseh Sogavare to restore order after riots in November.

The Solomon Islands resident who published online the leaked draft of the security agreement told Reuters the document had come from a police source.

Australia defence minister Peter Dutton said any move to establish a Chinese military base in Solomon Islands would be concerning.

“We want peace and stability in the region. We don’t want unsettling influences and we don’t want pressure and coercion that we are seeing from China continuing to roll out,” Dutton told Channel Nine.

The US said last month it would open a US embassy in Honiara because of fears China was seeking to military relations there.

“The US will always promote partnership, not rivalry; prosperity, not dependence; security, not domination; opportunity, not threats,” the US embassy in Papua New Guinea cited its Honiara office director, Russ Comeau, as saying in a message to the Solomon Islands on Thursday.

Both China and Australia have been stepping up their aid in the Pacific as their rivalry has intensified.

Australia has offered A$2bn in infrastructure financing for the region and funded submarine cables to block Chinese telecommunications company Huawei.

Australia promised the Solomon Islands A$21m more in aid, and the construction of two wharves, just a day before the security draft was leaked.

Aerial surveys show whole colonies of coral bleached white in several locations, and in some sections there are reports of corals dying
World
4 months ago