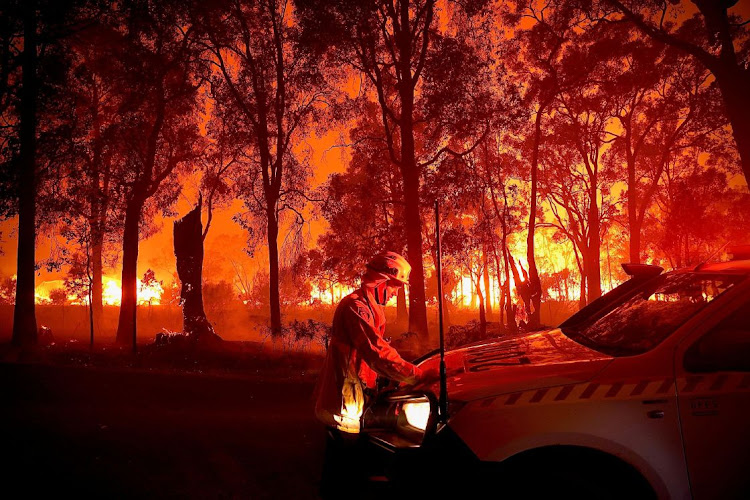 A firefighter stands next to a vehicle as a bushfire continues to burn in Hester, Western Australia, February 5 2022. Picture: DFES/EVAN COLLIS//REUTERS

Western Australian officials have warned of “extreme to catastrophic fire conditions” as a large bushfire burnt out of control in the west of the country on Friday, forcing families to flee their homes.

More than 2,300ha have burnt over the past couple of days just west of the tourist town of Denmark, about 420km south of Perth, on Western Australia’s south coast, fuelled by gusty winds and high temperatures.

“Severe heatwave conditions and extreme to catastrophic fire dangers are forecast ... on Sunday,” the Bureau of Meteorology in Western Australia state said on Twitter.

Western Australia premier Mark McGowan urged people in risk areas to follow the emergency service’s advice, which calls for people to evacuate if the way is clear. Residents have been told not to return home.

“It is important to remind everyone to keep safe,” McGowan told a briefing.

Bushfires are an intrinsic part of Australia’s warmer months, thanks to high temperatures, dry conditions and the combustible nature of many native plants.

In the summer of 2019/2020, 33 people were killed, including nine firefighters, when wildfires burnt more than 17-million hectares, an area nearly half the size of Germany.

More than 500 dwellings were engulfed in flames forcing the evacuation of entire drought-stricken towns, while local officials warn there could be ...
News
7 months ago
Next Article