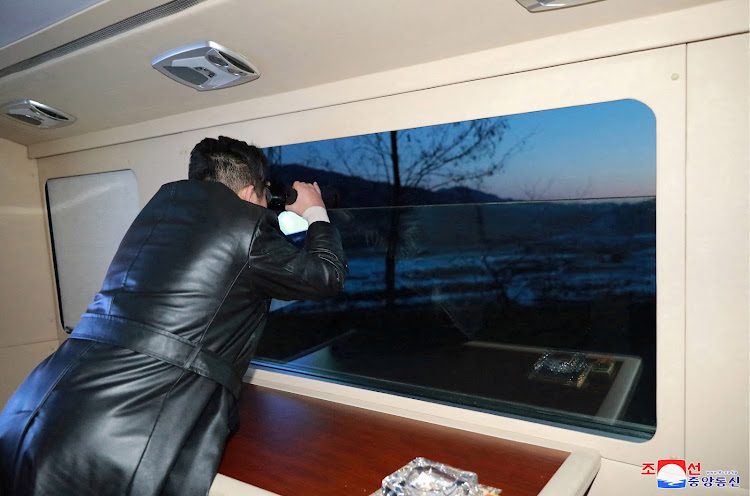 North Korea’s flurry of new missile tests, including what it calls “hypersonic” weapons, has underscored the importance of the country’s missile engineers and scientists, a group that is high profile within Kim Jong Un’s government but opaque to outsiders.

Analysts say Kim appears to be taking steps to institutionalise the missile forces, signalling his likely intent to make them a long-term, operational part of his military plans.

Here’s what we know — and what we don’t — about these key personnel.

Very little is known about the names and positions of the mid-level and working-level scientists and technicians involved in missile research & development.

Analysts say these individuals appear to have guaranteed job security because of the resources and effort expended to educate and train them, and they are sequestered to special districts so they are neither a defection risk nor a political or social nuisance to the regime.

“Unlike economic cadres or even military commanders, this is a population that is not easily replaced,” said Michael Madden, a North Korea leadership expert at the Washington-based Stimson Center.

Many of them attend Kim Jong Un National Defence University, a training ground for defence-related science and technology specialists that has reportedly added a college focused on “hypersonic missile technology”.

The scientists and engineers often appear split into competing teams designing similar types of weapons, allowing them to go down multiple routes to see which technology is the most promising, said Ken Gause, director of the International Affairs Group at CNA, a non-profit research and analysis organisation based in Arlington, Virginia.

A 2018 study by the James Martin Center for Nonproliferation Studies (CNS) found North Korean scientists had worked with researchers in other countries to co-write at least 100 published articles that had identifiable significance for dual-use technology, weapons of mass destruction (WMD), or other military purposes.

A fourth official — Pak Jong Chon, the chief of the General Staff — has also assumed a higher-profile role in the Military Industry Department (MID), which is responsible for production of strategic weapons, Gause said.

“We have seen a lot of changes in the military industry arena in the last few years,” Gause said.

Madden said the state of a weapon’s development can often be deduced from who is reported to have attended a test.

An event where the only personnel are from NADS/SANS means the system is still in the research & development phase, for example. If an event combines NADS and the Second Economic Committee, that often means that the system is moving from development to production and manufacturing.

Finally, if the military’s General Staff Department (GSD) personnel attend a test, such as the recent train mobile missile, this usually indicates that the system is finished and will be deployed.

There are initial signals that as North Korea completes its missile and nuclear arsenal, it may fold more elements of its Strategic Forces back under GSD, signalling it has moved to an operational role, Madden added.

North Korea’s missile programme has roots in assistance it received from the former Soviet Union, and later Russia, analysts say, and the boosters involved in propelling the latest hypersonic warheads are similar to Soviet designs.

There is debate over how much that assistance has continued since the 1990s.

According to the latest sanctions designations by the US, North Koreans linked to the NADS in China and Russia continue to procure materials and technical information for North Korea’s WMD and missile programmes, aided by at least one Russian telecommunications company and a Russian national.

Markus Schiller, a Europe-based missile expert, has argued that North Korea’s success in testing suggests it has had external support.

Schiller notes, however, that under Kim, North Korean missiles failed more often than in the past, suggesting that the younger Kim was testing more home-grown designs than his predecessors.

Tensions have been rising between Washington and Pyongyang, with analysts fearing a return to provocation
World
3 months ago