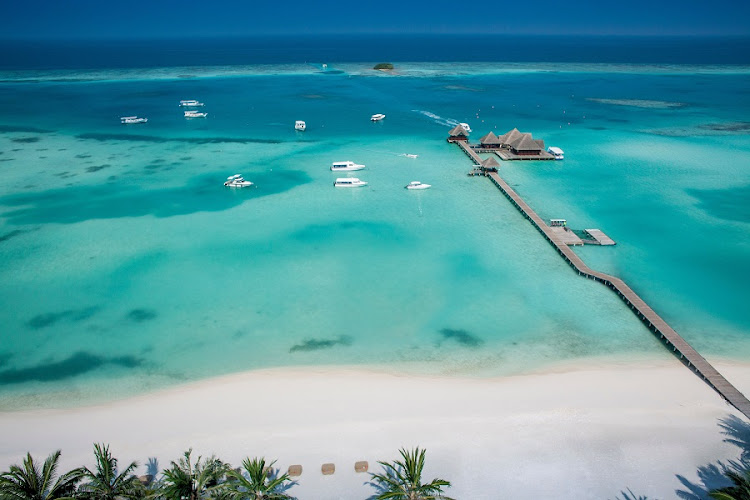 Colombo — China on Saturday pledged $63m in grants to Maldives for infrastructure projects, in a bid to deepen co-operation between the two countries.

The grant is among several agreements signed by Chinese foreign minister Wang Yi during his two-day trip to the island nation and Sri Lanka.

Wang met Maldives President Ibrahim Mohamed Solih and his counterpart Abdulla Shahid. The two sides also signed an agreement on visa exemptions that will allow Maldivians to travel to China on a 30-day visa-free basis once borders reopen.

Wang’s visit is part of celebrations to mark the 50th anniversary of diplomatic relations between China and Maldives.

Maldives and Sri Lanka are both part of China’s Belt and Road Initiative (BRI), a long-term plan to fund and build infrastructure linking China to the rest of the world, but which others including the US have labelled a “debt trap” for smaller nations.

The current government of Maldives has one of the highest debts to China of any country relative to the size of its economy.

Sri Lanka was set to be Wang’s next destination where he was scheduled to meet President Gotabaya Rajapaksa and other top officials before a visit to a $1.4bn Chinese-backed port project in the commercial capital Colombo on Sunday, the country’s embassy in Sri Lanka said.

GEORGE PHILIPAS: Infrastructure spending in Africa is at a crossroads

Despite the current pandemic-induced malaise, there are enough reasons to be cautiously optimistic
Opinion
3 weeks ago

A cautious shift in Africa-China relations

China’s relations with Africa could be moving towards private sector-led development as the country looks to reduce risk — reputational and otherwise ...
Features
1 month ago

Global merger and acquisition (M&A) activity shattered all-time records in 2021, with the value of M&A globally topping $5-trillion for the first ...
World
3 weeks ago
Next Article