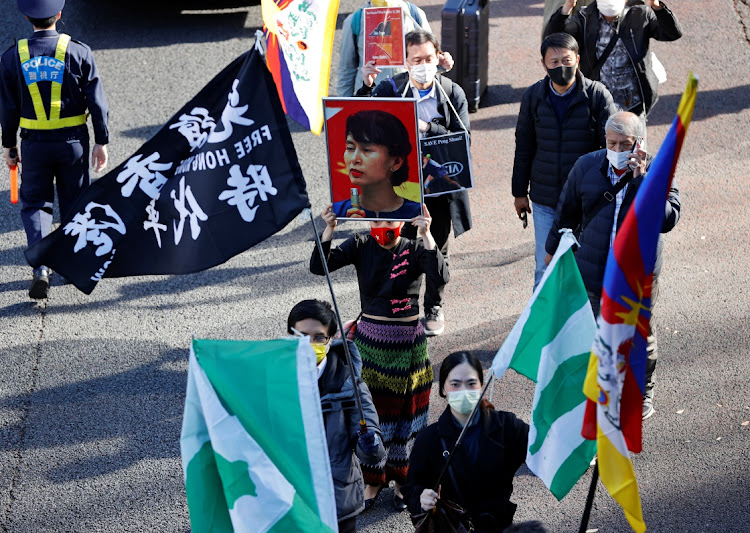 Myanmar’s ousted leader Aung San Suu Kyi appeared in court on Friday wearing a white top and a brown wraparound longyi that is the typical uniform for prisoners in the Southeast Asian country, a source with knowledge of the court proceedings said.

Nobel laureate Suu Kyi, 76, was sentenced in December to four years in jail for incitement and breaching coronavirus regulations by a court. Her sentence was later reduced to a two-year term of detention in her current, undisclosed location.

It was the first time Suu Kyi, who is known for wearing elegant traditional outfits sometimes with a flower in her hair, has been seen in a prison uniform in court and it was unclear if it signalled a broader change in how she and other senior officials on trial were being treated.

Myanmar has been in turmoil since the coup against Suu Kyi’s democratically elected government led to widespread protests and raised international concern about the end of tentative political reforms after decades of military rule.

The verdicts were the first out of nearly a dozen cases against Suu Kyi that carry combined maximum sentences of more than 100 years in prison. Suu Kyi denies all charges.

A former mayor of the capital, Naypyitaw, Myo Aung, who is also on trial, was also seen in court in a prison uniform on Friday, said the source who asked not to be identified.

The wraparound sarong, known as a longyi, are traditional outfits worn by both men and woman in Myanmar.

In remarks published on Tuesday, military ruler Min Aung Hlaing said in state media that Suu Kyi and ousted President Win Myint would remain in the same location during their trials and would not be sent to prison.

Suu Kyi, the daughter of the hero of Myanmar’s independence, spent years under house arrest for her opposition to military rule but was freed in 2010 and led her National League for Democracy party to a landslide victory in a 2015 election before being arrested after the February 1 military coup.

Her trial in Naypyitaw has been closed to the media and Suu Kyi’s lawyers have been barred from communicating with the media and public.

Hundreds of people including many children have fled a flare-up in fighting between the Myanmar army and an ethnic minority insurgent group, taking ...
World
6 months ago

Friend and media report death of Soe Naing, who was arrested while documenting demonstrations against a military coup
World
6 months ago

Parallel government led by the supporters of Myanmar’s ousted leader Aung San Suu Kyi began fundraising for a campaign that seeks to topple the ...
News
6 months ago
Next Article