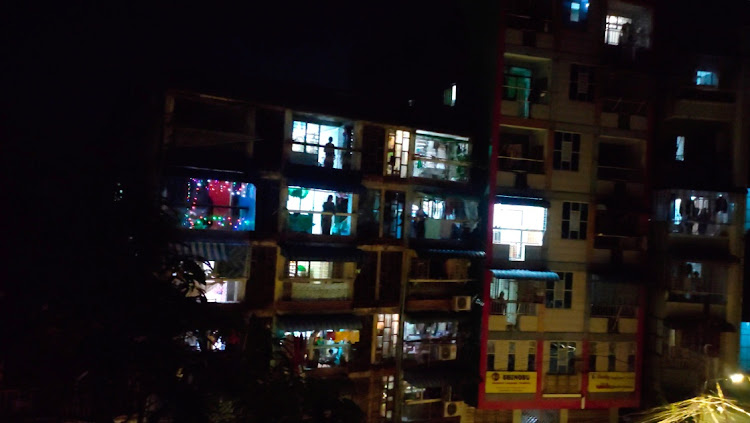 Yangon residents beat on pots and pans to protest against the brutal crackdown by coup soldiers over a peaceful protest, in Kyimyindaing Township, Yangon, Myanmar, on December 5 2021. Picture: IMAGE OBTAINED FROM THIRD PARTY BY REUTERS

The UN has called for Myanmar to hold to account anyone using excessive force against unarmed civilians after security forces rammed a car into an anticoup protesters killing five of them, according to media and witnesses.

Photographs and videos posted on social media showed a speeding vehicle crashing through a group of anticoup protesters on Sunday in the main city of Yangon and bodies lying on the road. Witnesses said dozens were injured.

“Those responsible for the use of excessive and disproportionate use of force against unarmed civilians must be held to account,” Ramanathan Balakrishnan, the UN resident co-ordinator in Myanmar, said in a statement.

The Myanmar Now news portal said the incident occurred minutes after a “flash mob” of people protesting against a February 1 military coup had formed. Apart from at least five deaths, 15 have also been arrested, it said.

The state-run Global New Light of Myanmar newspaper said security forces dispersed an “unlawful riot” and arrested eight protesters. It said three people had been injured but did not mention any deaths and said those arrested will face legal action.

The US embassy said in a statement it is “horrified by reports that security forces opened fire against, ran over, and killed several peaceful protesters”.

Antimilitary protests have not stopped despite the killing of more than 1,300 people since the February overthrow of an elected government led by Nobel laureate Aung San Suu Kyi and the return of military rule.

One of the protesters said on Sunday he fell after being hit by a vehicle before fleeing.

“A soldier beat me with his rifle but I defended and pushed him back. Then he immediately shot at me as I ran away in a zigzag pattern,” the protester, who declined to be identified for security reasons, told Reuters by telephone.

The car occupied by soldiers hit the mob from behind, two witnesses said. Soldiers chased the scattering protesters arresting and beating some.

Some were hurt with head wounds and left unconscious, according to the witnesses.

A military spokesperson did not respond to attempts to reach him for comment on the incident.

Previously, the military has said protesters who have been killed instigated violence. It says it staged the coup because an election in November last year won by Suu Kyi’s party was rigged.

The election commission at the time dismissed the assertion.

Suu Kyi, 76, faces a dozen legal cases against her including incitement and violations of Covid-19 protocols. Her supporters say the charges are politically motivated.

The NUG says proceeds from the zero-interest bonds will fund its ‘revolution’ against the military in response to its coup and bloody suppression of ...
World
1 month ago