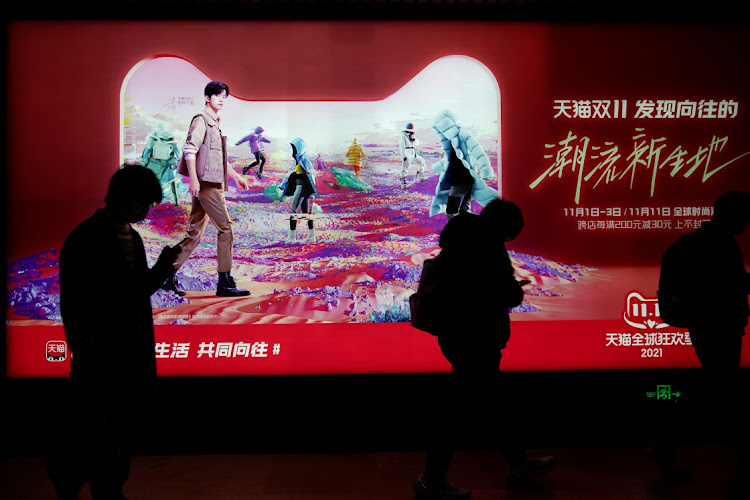 Shanghai — Alibaba said that nearly 400 brands, including Apple and L’Oreal, have raked in more than $15m in sales each during its Singles’ Day extravaganza, as the toned-down event headed into its final hours on Thursday.

Alibaba Group turned China’s informal Singles’ Day into a shopping event in 2009 and built it into the world’s biggest online sales fest, dwarfing Cyber Monday in the US.

But the e-commerce giant this year toned down the marketing hype amid stringent regulatory scrutiny, opting not to provide real-time sales data and saying its focus is on sustainable growth this year. It also did away with an audience for its annual entertainment gala and has not invited reporters to a media centre for the first time, citing Covid-19 precautions. The company provided a live stream instead.

Still, the event remains a top draw for millions of merchants and shoppers, with flashy deals and livestreamers hawking products from skincare to sports shoes on Alibaba’s platforms, including its Taobao and Tmall marketplaces.

In 2020 it stretched the original one-day event into an 11-day festival, with the best deals concentrated in two discount periods, November 1-3 and November 11. During that period, it said it racked up $74bn in orders, or “gross merchandise value”.

Rivals such as JD.com also have Singles’ Day events. On Thursday, JD.com said its sales, which started on November 1, reached 311.4-billion yuan ($48.72bn) by early afternoon on Thursday, up from 271.5-billion yuan over the same time period in 2020. JD.com did not provide live sales updates.

On the eve of the event’s final 24 hours, Alibaba’s live-streamed gala on Wednesday featured British actor Benedict Cumberbatch, known for his portrayal of fictional crime-fighter Sherlock Holmes, who provided clues to puzzles the hosts solved via video message. Before the pandemic, Singles’ Day galas had in-person performances by stars such as Taylor Swift and Pharrell Williams.

Track star Su Bingtian, the first Chinese person to compete in the men’s 100m final at the 2020 Tokyo Olympics, also appeared this year, with other Chinese celebrities and performers.

The shopping event caps a year of regulatory tightening from Chinese authorities in several industries, during which Alibaba was a frequent target. The e-commerce giant was fined a record $2.8bn for monopolistic behaviour in April and its founder, Jack Ma, China’s highest-profile entrepreneur, has retreated from public view after criticising Chinese regulators a year ago.

The crackdown has extended into the Singles’ Day sales period. On November 5, regulators in Guangdong province convened with a number of e-commerce companies, including Alibaba, to warn about uncompetitive practices, fake merchandise and other issues. Alibaba declined to comment on the meeting.