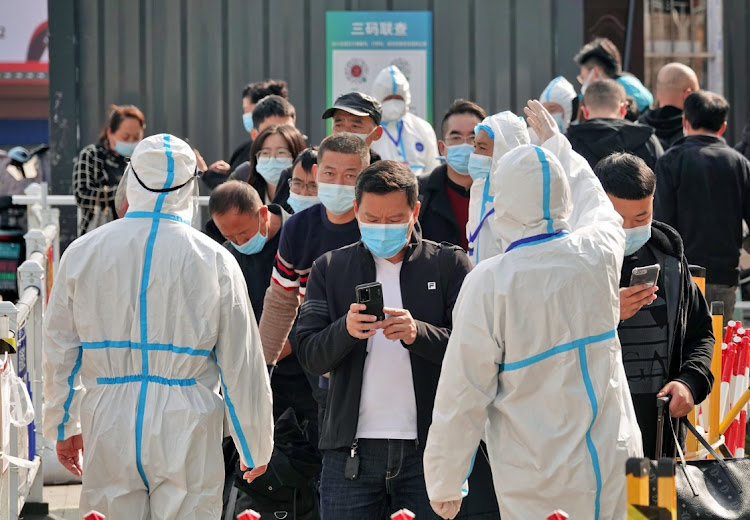 Parents gathered outside a primary school in Beijing late into the night on Monday, anxiously waiting for their children who were caught in a snap lockdown triggered by a teacher diagnosed hours earlier with Covid-19.

The principal came out a little past midnight, telling them some of the children would have to quarantine. Each could have one parent accompany them through the two weeks of isolation. For students whose test results hadn’t yet come back, parents were asked to bring quilts and pillows to spend the night at school.

Perhaps nowhere in the world can a single Covid-19 case trigger such extensive contact tracing and quarantine requirements as in Beijing, where officials are going to extraordinary lengths to halt transmission of the highly infectious Delta variant. China’s capital is in the midst of its biggest outbreak since the beginning of 2020, having got caught as the virus swept across more than half of the country.

A nearby junior high school also had to quarantine. The infected teacher’s child, a student there, was sickened by the virus. Another 16 schools in the broader Chaoyang district were closed since staff members could have been exposed to the pathogen when they got booster shots at the same vaccination site as the infected teacher, just days before she was diagnosed.

China is fighting tooth and nail against a resurgence of Delta that spanned the country in just two weeks. While Covid-19 incursions are becoming more frequent and causing widespread infections, China has hardened its stance on eradicating the virus from its soil, defying a global trend that has seen so-called Covid-19 Zero countries increasingly learn to live with the disease.

In a sign that Beijing is willing to bear even greater pain to beat back the current waves of Delta resurgence, the ministry of commerce has urged residents to stock up on necessities. Over time, the approach that will help them deal with lockdowns will also improve readiness for other emergencies, according to a commentary published Tuesday in Economic Daily, a state-backed newspaper.

While countries like Singapore and Australia balked at the economic and societal cost of locking vaccinated people down indefinitely to snuff out transmission of often mild cases, China still sees a positive cost-benefit ratio. The stringent steps being taken to quash the virus are less costly than the price the world’s most populous country would pay if it opened up and sparked a surge, one of the country’s top Covid-19 advisers said.

“Zero tolerance or zero transmission, we have no option but to do this, because the virus spreads too fast and replicates exponentially,” said Zhong Nanshan, the prominent pulmonologist who heads a Covid-19 task force set up after the virus emerged in late 2019. “It is indeed costly to adopt the strategy of zero transmission but leaving Covid-19 uncontrolled and opening up will be even more so,” he told state broadcaster CCTV on Monday.

The arrival of the highly infectious Delta variant earlier in 2021 forced many countries to abandon their zero-tolerance policies as the suite of measures that once kept them virus-free failed to work as effectively on the evolving germ. Singapore and Australia moved on to rely predominantly on high levels of vaccination and social distancing to protect against severe disease and death.

The same observations about Covid-19’s growing infectiousness and the challenge in containing it had the opposite effect in China. The country has quelled three major Delta outbreaks since the variant debuted in the southern Chinese province of Guangdong in May and is now in the midst of its fourth.

Authorities have redoubled their efforts, ordering snap lockdowns, aggressive contact tracing and mass testing after infections are found in the community. Still, Delta has managed to slither through the cracks and trigger flare-ups thousands of kilometres away, sending health officials nationwide on a Covid-19 whack-a-mole effort.

In August, as China was close to eliminating Delta during its first nationwide outbreak, the country’s health minister told state news agency Xinhua that controlling Covid-19 was the country’s “number one priority.” The approach provides strong support for economic development and a sound environment for investing, he said.

While China’s success rate against Covid-19 continues thus far, financial markets may be starting to sour on the approach. The country is resorting to dramatic restrictions more frequently, resulting in disruptions that weigh on the economy and locals’ lives.

The curbs have reached a level of absurdity and disruption to the daily lives of many, from the lockdown of tens of thousands of guests at Disneyland in Shanghai to traffic lights turned permanently to red and repeated testing of babies to ensure the virus isn’t gaining a toehold.

The current Covid-19 case-fatality rate of 2%, amid the growing adoption of vaccines, cannot be tolerated, Zhong said. A change in tactics by other Covid-19 Zero countries caused their infections to quickly proliferate, a dangerous event, he said.

“They have to tighten up again, and the back and forth induces greater costs and a bigger psychological impact on citizens,” he said.

China urges families to stock up with basics