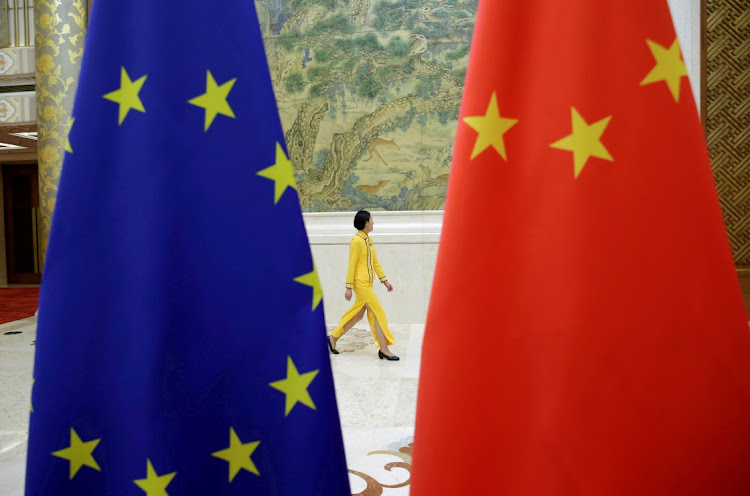 Shanghai — China will take action to reduce waste, promote renewables and unconventional fuel, and reform its electricity network as part of its plan to bring carbon emissions to a peak before 2030, China’s cabinet said on Tuesday.

The new action plan repeats China’s targets to bring wind and solar capacity to 1,200GW by the end of the decade, to build more hydropower and nuclear plants and further develop natural gas resources.

The document was published just five days before talks get under way in Glasgow to strengthen the global fight against climate change. China is set to announce its updated “nationally determined contributions” before the meeting begins.

Climate watchers have been looking closely for signs that China, the world's biggest source of climate-warming greenhouse gases, might make more ambitious pledges ahead of the Glasgow talks. Tuesday’s document offered few advances.

As the country grapples with power shortages and ramps up coal production to guarantee winter supplies, the State Council said China would accelerate efforts to build a new and more flexible power system that allows new energy sources to be steadily increased.

As well as new solar and wind farms, new hydroelectric dams would also be built on the upper reaches of the Yangtze, Mekong and Yellow rivers, and China will also make more use of new-generation nuclear technology, including small-scale offshore reactors, it said.

China will also take action to ensure that energy-intensive industrial sectors such as steel, non-ferrous metals and building materials improve energy efficiency and recycling rates, and make full use of new technologies to bring their own emissions to a peak.

Additionally, primary oil refining capacity in China will be capped at 1-billion tonnes per annum by 2025, the document outlined, while petroleum and chemical companies will be encouraged to adjust their feedstock structure by replacing coal with electricity and natural gas.

Some Chinese oil refiners and analysts believe that diesel consumption in the country has already peaked, and expect petrol demand to peak in 2025-2028.

China’s plan promotes natural gas as well as non-conventional oil and gas, including coal bed methane, even though they are fossil fuels and sources of carbon dioxide.

China is investing $131bn in new gas infrastructure, think-tank Global Energy Monitor said on Tuesday, adding that its reliance on gas would do little to reduce temperature rises.

Barely two years ago this issue was hardly mentioned, but now it’s the first question international investors ask
Opinion
1 month ago
Next Article