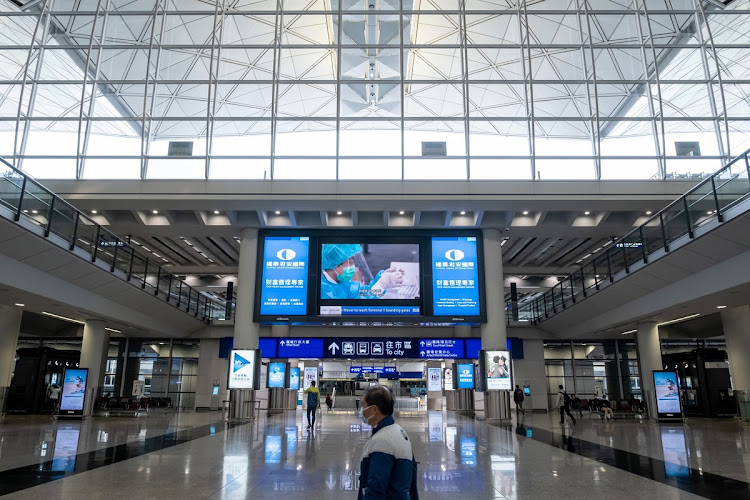 Some of the world’s longest and toughest border curbs are finally being eased, with Asia-Pacific countries taking their firmest steps yet toward reopening to international travel in recent days.

From Singapore to Sydney, Bali to Bangkok, authorities have announced a flurry of plans to welcome vaccinated travelers by drastically reducing or completely removing quarantine requirements in place for most of the coronavirus pandemic. For these places, the easing is a significant shift toward opening up just as the traditional year-end holiday season approaches.

“For double-vaccinated people around the world, Sydney, New South Wales is open for business,” state premier Dominic Perrottet said on Friday, as Australia’s most populous state announced it will waive the 14-day quarantine for travelers from November — though the federal government later clarified it would be limited to residents. “We want people back.”

Lengthy quarantine for travelers was a signature of much of the Asia-Pacific region’s containment playbook, with quarantines of as long as 21 days in some places catching most infections at the border. Until the delta variant came along, the strategy helped places like China, Hong Kong, Australia, New Zealand and Singapore all but eliminate the virus at one point. For nations like Thailand and Malaysia, such quarantines helped keep cases from overwhelming the population for a time. But those strict rules left the region falling behind as the rest of the world started reopening months ago.

The New South Wales move followed announcements by Thailand, Indonesia, Malaysia and Singapore earlier in the month to either do away with restrictions on who can enter or ease rules on entry.

Singapore in the past week announced quarantine-free travel for vaccinated travelers from countries in Europe, Asia and the US, and has signaled more places will be added. Travel, transport and trade are critical for the city, a global financial hub and a gateway to the rest of Asia.

Earlier this week Thailand said from November it will scrap quarantine for vaccinated travelers from five low-risk countries including the US, China and the UK. More nations will be added gradually as the nation seeks to revive its tourism-reliant economy after an earlier experiment involving Phuket was seen as successful.

Indonesia is also reopening, allowing inoculated visitors from more countries to enter and imposing a shorter quarantine period. The country reopened tourist spot Bali, as well as Batam and Bintan islands, to foreign visitors this week.

Vietnam plans to reopen Phu Quoc Island to fully vaccinated foreign travelers, mainly from Europe, the US, Australia, Northeast Asia and the Middle East, on a trial basis from November. The country eyes fully reopening its borders to international visitors from June 2022, the government said last week, without detailing any quarantine rules.

The drive to reopen is picking up pace as more of the so-called Covid-Zero countries abandon their virus elimination strategies. Authorities from New Zealand to Singapore are now finding ways to accept Covid-19 as endemic.

Driving the decisions to reopen are rising vaccination rates, a growing consensus that the more infectious delta variant has rendered containment regimes less effective, and the urgency to revive export and tourism-dependent economies that have languished for nearly two years.

For residents in Asia, the easing of travel curbs can’t come soon enough. Tales of tragedy and separation, and outrageous attempts to circumvent border rules — one man sailed 5,900km to get home to Australia to renew his residency visa — were becoming increasingly common.

The nascent reopening has boosted stocks such as Qantas Airways and triggered rallies in the Thai baht. In travel-starved Singapore, the enthusiasm to venture out of the tiny island is so high that customers swamped the websites of Singapore Airlines and other travel services in the scramble for tickets.

Some other places in the region, like New Zealand, South Korea, have not yet reached high enough vaccination levels to reopen, but their governments have signaled they intend to do so once inoculation levels are sufficient.

The outlier is China. The world’s second-largest economy remains the last stalwart of Covid Zero and has provided no plans to lift its border controls, which are among the strictest in the world. That has also complicated efforts for the financial hub Hong Kong to keep up with regional rivals like Singapore.

Governments in Asia seeking to reopen are treading cautiously. Singapore has had to rein in the easing of some social restrictions to give its healthcare system time to prepare for the growing number of infections in the community.

Tensions on the ground are also high as populations used to a zero-tolerance approach are now being asked to treat infections as commonplace. Authorities will have to walk a fine line between answering the growing calls for greater freedoms of movement, and assuaging the concerns of residents concerned about experiencing Covid-19’s ravages seen elsewhere.

Australian prime minister Scott Morrison appeared to downplay any imminent reopening to visitors after the New South Wales announcement, saying the federal government will decide when the border will open for international tourists. Not all of Australia is open — one could get into Sydney from London without quarantine with the latest announcement, but not to other parts of the country.

There is always the risk, as has happened during this pandemic, that a new variant will emerge to derail these nascent reopening plans. But the realisation is growing that turning back may no longer be an option.

“Each country is different but I think that we have shown that even with the most draconian of mask mandates and strict restrictions, the virus will continue to spread,” said Paul Tambyah, Singapore-based president of the Asia Pacific Society of Clinical Microbiology and Infection. “The key has to be vaccination with effective vaccines and protecting the vulnerable.”