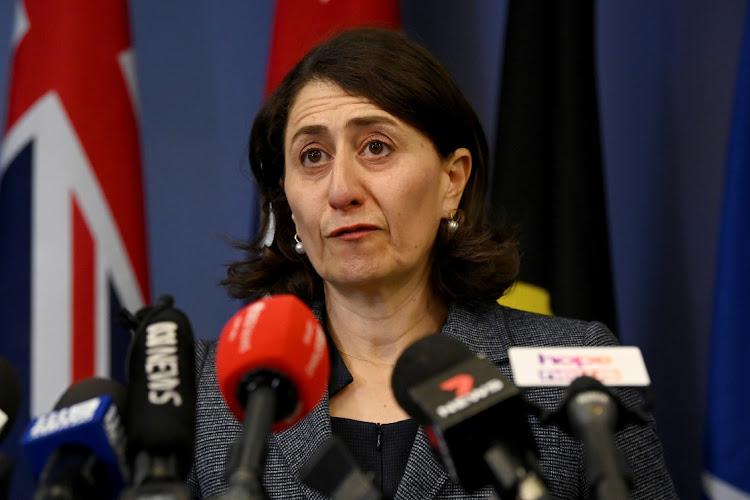 The state at the epicentre of Australia’s Delta outbreak is set for a change of leadership as Gladys Berejiklian stepped down after a probe was announced into her historical conduct with a former legislator.

Berejiklian will leave the role as premier of New South Wales as soon as the incumbent Liberal Party selects a new leader, she said on Friday. She will also leave the parliament entirely as soon as a by-election can be organised.

“It pains me to announce but I have no option but to resign from the office of premier,” Berejiklian told reporters. “My resignation will take effect as soon as the New South Wales Liberal Party can elect a new parliamentary leader,” she said.

The New South Wales state Independent Commission Against Corruption will hold a public inquiry from October 18 that will investigate her conduct between 2012 and 2018. The body will investigate whether Berejiklian breached public trust in circumstances where she was in a position of conflict between her public duties and her private interest as a person who was in a personal relationship with the then New South Wales MP Daryl Maguire in connection with grant funding.

Berejiklian became just the second female premier of Australia’s most-populous state after being elected unopposed in January 2017, stepping up from the role of treasurer to replace Mike Baird after his resignation. She joins Barry O’Farrell, who quit in 2014 after lying about a gift of a A$3,000 bottle of wine, and Nick Greiner in 1992 as premiers who exited the role after coming up against the anti-corruption body.

“To continue as premier would disrupt the state government during a time when our entire attention should be focused on the challenges confronting New South Wales,” she said. Sydney, Australia’s largest city has been in lockdown for almost 14 weeks as the state battles a coronavirus outbreak, with many other parts of the state’s regions in and out of lockdown since the end of June. The city is due to exit its lockdown around October 11.

“My only regret will be not to be able to finish the job to ensure the people of New South Wales transition to living freely with Covid,” she said.

Prime Minister Scott Morrison spoke at a press conference in Canberra at the same time where he announced a cabinet reshuffle, brought forward international travel cap removals and the recognition of Sinovac as a vaccine. He said of the announcement by Berejiklian, when asked by reporters: “Everything I have done with the New South Wales government, I have done certainly with the premier, but my ministers and I have done it with the New South Wales government.”

“I would expect nothing than an absolute continuity of the pace and the leadership we’ve seen from New South Wales.”

Police made more than 60 arrests on Tuesday after more than 2,000 protesters damaged property, blocked a busy freeway and injured three police ...
World
8 months ago