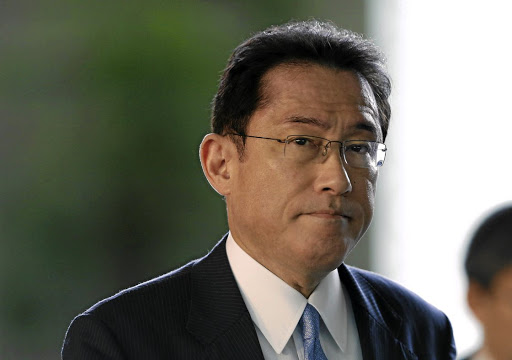 Kishida is expected to be appointed on Monday to succeed outgoing Prime Minister Yoshihide Suga, putting him in charge of the world’s third-largest economy as it seeks to rebound from a virus emergency. The self-effacing former banker from Hiroshima has promised tens of trillions of yen in spending and pledged to steer away from “neoliberal” economic policies in a bid to bolster the middle class.

Kishida’s victory caps an unpredictable Liberal Democratic Party election, in which two of the four candidates were female and most of the party’s largest factions allowed their members a free vote. Although Kono and Kishida were nearly tied on the first ballot, Kishida’s stronger support among MPs pushed him over the top in the second round after Sanae Takaichi and Seiko Noda — both former internal affairs ministers — were eliminated.

In the end, Kishida got 257 votes, compared with Kono’s 170. Japanese markets, which closed just before the final result was announced, pared some losses, with Topix Index and Nikkei 225 both down 2.1%

The LDP, which has been in power for all but about four years since 1955, will use its majority in parliament to formally install him as premier in a special session. Still, Kishida, who acknowledged during his campaign that some see him as boring, will face an immediate test of his broader appeal in a general election that he must hold by November.

Long seen as a dove on foreign policy for his opposition to nuclear weapons and efforts to resolve a painful decades-old dispute over Japan’s past militarism in the Korean Peninsula, Kishida showed a harder edge in his campaign for the leadership. He has expressed the need to deal “firmly” with the stability of the Taiwan Strait and said that Japan’s defence spending will probably continue to rise.

The next prime minister must lead the LDP into a national election within weeks, and lay out policies for tackling long-running issues such as the dwindling population. The new cabinet will also be tasked with figuring out how to tackle sour relations with China, the country’s biggest trading partner, without distancing Japan from its only military ally, the US.

Suga, who abandoned a plan to run for re-election after his support rates plummeted to record lows amid criticism of his handling of the Covid-19 pandemic, was seen as a liability for his party heading into the election expected in October

The country’s vaccination programme got off to a slow start, and efforts to provide financial support to individuals were seen as inefficient. Nonetheless, the death toll in Japan is far lower than that seen in other wealthy nations, while restrictions on daily life have been relatively light.

In one of his final acts as premier, Suga on Tuesday decided to lift a virus state of emergency at the end of September as new Covid-19 infections receded, easing restrictions that have dragged on the economy and limited operations at bars, restaurants and entertainment venues.

Yoshihide Suga in decisive win to become Japan’s next leader

Yoshihide Suga in decisive win to become Japan’s next leader