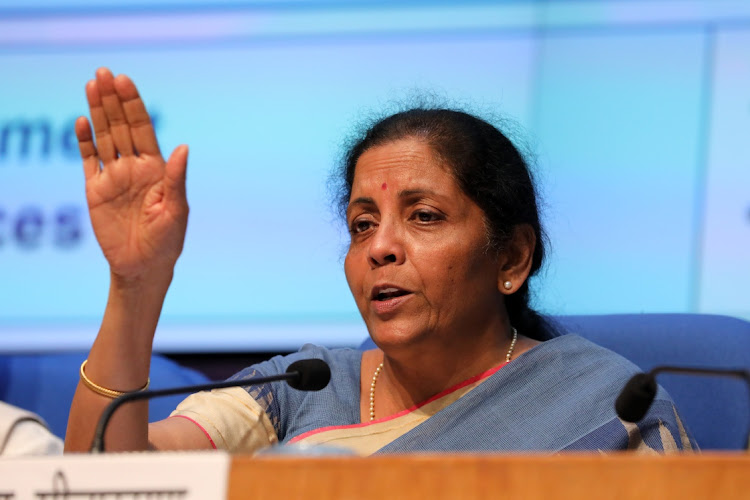 Mumbai — India needs at least four or five banks of a size matching its biggest lender, the State Bank of India (SBI), to meet the growing needs of its economy, finance minister Nirmala Sitharaman says.

The rationale for merging banks even before the pandemic was to scale up to meet the new, changing and growing requirements of the economy, Sitharaman told an annual meeting of the Indian Banks’ Association.

“The economy is shifting to a different plane altogether,” Sitharaman said. “Even before the pandemic the driving force for amalgamation [of banks] was that India needs a lot more banks, but a lot more big banks.”

She added: “Now all the more reason we would need four or five more SBIs in the country.”

She did not give details, but the government has been consolidating state-run banks to combat the pandemic slowdown and create bigger and stronger banks while it also looks to sell its stakes in, and privatise, at least two state-run banks.

Last month, State Bank of India reported record first-quarter profit and bet on economic activity picking up to contain a spike in bad loans, sending shares of the state-run bank to a high.

Sitharaman commended banks that merged for having done so successfully during the pandemic without inconveniencing customers, but said banks’ internal systems must be able to communicate with each other even on a regular basis.

“You cannot any more be in digital silos,” she said. “All of your systems should be speaking to one another.”

Banks are less burdened today as cleaner books will cut the government's burden in recapitalising them, she said.

Domestic banks have struggled to limit bad loans, especially in their retail portfolios, as the pandemic and resultant lockdowns hit economic activity and limited borrowers’ ability to repay.

The recently formed National Asset Reconstruction Company and the Debt Restructuring Company will together be able to cull non-performing assets from the banking system, restructuring and selling them, Sitharaman said.

“This is not a bad bank. Because it is bank driven and because it is driven with a sense of having to clear up quickly, you have given yourself this framework which is going to help in speedily disposing of non-performing assets with responsibility,” she said.

“It is a formulation which you gave yourselves and therefore which I think will work and will work speedily.”