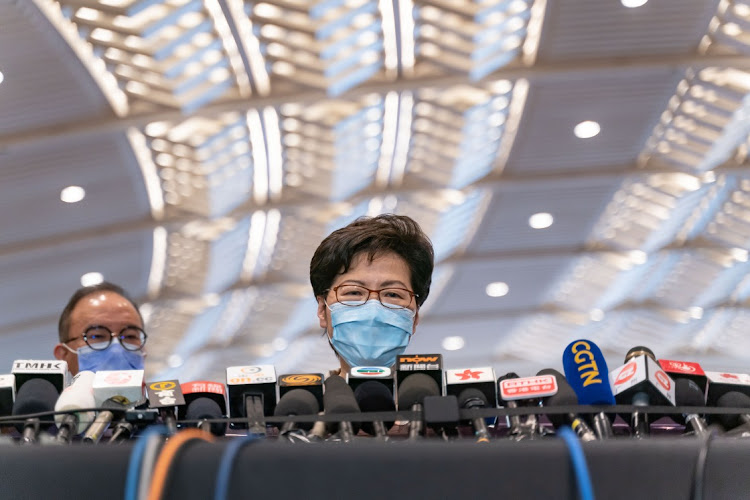 Lam’s remarks come after Reuters reported last week that Chinese officials have told Hong Kong’s tycoons in private meetings this year that they should pour resources and influence into backing Beijing’s interests and helping solve the city’s housing shortage.

On Sunday, Hong Kong held its first vote since China overhauled the former British colony’s electoral system to ensure that only those loyal to Beijing run the city.

The changes dramatically reduced the tycoons’ influence in the 1,500-strong committee that selects Hong Kong’s China-backed CEO, though groups close to their business interests retain a presence.

Asked about the Reuters report at her weekly news conference, Lam told reporters she could not confirm or comment on “rumours”. “I can only say the central government cares about social issues very much,” she said.

“After improving the election system, government efficiency can increase. Once efficiency is raised, of course it will want to solve people’s problems,” she said, namely border reopening in the near future and housing issues longer term.

In a statement late on Monday, SHKP said it did not receive pressure from the central government in Beijing and that it has been co-operating with the Hong Kong government and fulfilling its “commitments” to society, including on housing.

SKHP has never supported the act of market monopoly, its statement said.

Henderson Land declined to comment. CK Asset and New World Development did not immediately respond to requests for comment.

But “adopting those China housing policies in Hong Kong is unlikely”, Cheng said.

Citi analysts said that developers’ shares were oversold on the back of the report but that “without any near-term actions to remove policy risk concerns ... the sector may not see any sustainable rebounds”.

The Reuters report made no mention of any potential regulatory intervention emerging from several meetings this year between Chinese officials and developers.

Beijing has partly blamed the conglomerates' “monopolistic behaviour” for the city’s housing woes, which it believes have played a big role in stirring discontent with the government and fuel mass pro-democracy protests in 2019.

Lam said the main factor behind the housing shortage was land supply and that the government could use existing legislation to take back land for public housing.

“I feel today (the developers) are very willing to co-operate with the Hong Kong government’s policies,” Lam said. “I hope this kind of public-private-partnership to solve social issues, after perfecting the electoral system, will yield more results.”