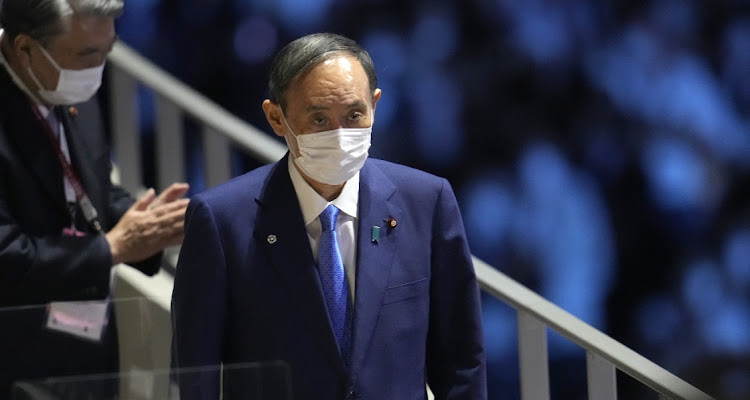 Tokyo — Japan’s minister in charge of Covid-19 vaccinations is seen as the most suitable candidate to become prime minister, while a female former internal affairs minister has secured backing for her bid for the top job, media reported on Sunday.

Prime Minister Yoshihide Suga announced on Friday that he was stepping down, throwing a spotlight on a ruling party leadership election due on September 29, with the winner taking over as prime minister.

The Kyodo news agency said nearly a third of respondents to a telephone poll it conducted this weekend said the minister in charge of vaccinations, Taro Kono, was most suitable to succeed Suga as premier.

Kono has not confirmed his intention to seek leadership of ruling Liberal Democratic Party (LDP), telling reporters only that he wanted to consult party colleagues before deciding.

But broadcaster TBS reported on Friday, without citing sources, that Kono intended to run in the wide-open race.

Kono got a possible boost on Saturday when the Nippon News Network reported that Suga would back him to succeed him if he were to run.

Kono was named by 31.9% of respondents in the Kyodo poll as the most suitable person to succeed Suga, trailed by former defence minister Shigeru Ishiba with 26.6%, and former foreign minister Fumio Kishida with 18.8%.

Kishida, who has already thrown his hat into the ring for the LDP’s race, said on Sunday that debate on funding economic stimulus measures he has proposed should wait until after a general election later this year.

Former internal affairs minister Sanae Takaichi is expected to be one of two women hoping to become Japan’s first woman premier. She had secured the backing of the 20 LDP legislators needed to run in the party’s leadership race, public broadcaster NHK said.

Takaichi had received a boost by winning the support of Suga’s long-serving predecessor Shinzo Abe, media reported  on Saturday.

The other woman looking to run in the race is Seiko Noda, another former internal affairs minister, who has also held the portfolio for women's empowerment.

She wanted to run for the LDP presidency in 2015 but fell short of the 20 backers needed to do so.

Japan recorded 25,146 new infections Thursday, the highest to date  and more than 10 times the daily count from a month ago
World
3 weeks ago
Next Article