Campaigners fear the fragile progress on property titles will be set back, despite the Taliban’s assurances to the contrary 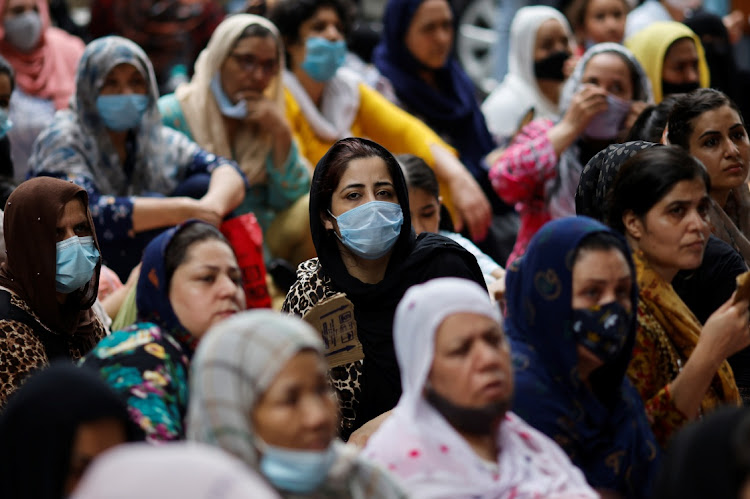 The Taliban’s return to power threatens Afghan women’s hard-won property rights, with thousands who fled their homes during the militants’ takeover especially at risk of losing their land and houses, rights groups and researchers said.

The Taliban imposed a strict Islamic law that largely denied women property rights during its 1996-2001 rule, but since then local authorities have been granting property titles to widows, divorced women and other female-led households.

Taliban leaders have sought to present a more moderate face since seizing power, saying women’s rights will be protected under the framework of Islam, but campaigners fear the fragile progress on property titles will be set back.

“Women already faced many challenges in exercising their property rights, but with the return of the Taliban they have become even more vulnerable,” said Heather Barr, interim co-director of the women’s rights division at Human Rights Watch.

“It’s very difficult to imagine the Taliban respecting women’s property rights, and this will have devastating impacts on women who are struggling to protect themselves and their families,” she said.

Control of land and natural resources has long been a contentious issue in Afghanistan, where only about 12% of land is arable, according to the World Bank, and 40 years of conflict have left warlords and powerful landlords in control.

Dysfunctional legal systems, corruption, a lack of transparency and accountability, and the loss of records and legal documents made it hard to resolve land disputes even during recent years of relatively better governance.

Now, there is likely to be an increase in land disputes as families abandon their homes, and the Taliban seeks to settle scores and restrict women’s rights, said Jon Unruh, an associate professor at McGill University in Montreal.

“There will almost certainly be significant confiscations of lands and properties by the Taliban as they seek to punish some, reward others and make money by trafficking in confiscated housing,” he said.

While Afghanistan’s civil laws give women equal rights to own land and property, security of tenure is usually tied to men, and cultural norms and customary practices often deny women these rights, particularly those who are widowed or divorced.

There are an estimated 2-million widows in Afghanistan, and less than 5% of land ownership documents in the country include the name of a female owner, according to some estimates.

Under a new legal framework of the previous government, co-titling of state land was made mandatory, with men required to add their wives’ names on certificates. Thousands of such certificates have been issued, according to the World Bank.

The fate of these titles “will be an issue, with probably a robust effort on the part of the Taliban to destroy, falsify or sell them to others”, said Unruh, who studies land rights in conflict situations.

Properties of women “will be a particular problem. This is likely to be an area where the Taliban feel especially justified in confiscating them,” he added, citing the group’s strict view on girls and women being educated or working.

The Taliban has said it was “not interested in anyone’s private property; rather it considers protection of lives and properties its primary responsibility.”

More than 500,000 people have already been displaced by the violence in Afghanistan so far this year, according to the UN, with women and children making up about 80% of those forced to flee since the end of May.

For these women — and for those trying to save their homes by staying behind — it would be very difficult to insist on their property rights, said Bilquees Daud, a lecturer at the Jindal School of International Affairs in India.

“Particularly for widows and female-headed households who need a male companion to even step outside now, it will be very difficult to exercise their property rights,” said Daud, who is Afghan.

“Under the Taliban’s fundamentalist view of Sharia law, the denial of property rights to women will mean they’re left destitute, or forced into marriage simply to put a roof over their heads,” she said.

Peter Bruce talks to former UN special representative in Afghanistan, Nicholas Haysom and asks if it is worth the effort of trying to build democracy ...
News & Fox
11 months ago

The Taliban has said it won’t extend Aug. 31 deadline, but President Joe Biden says US troops may stay behind for longer
World
11 months ago
Next Article