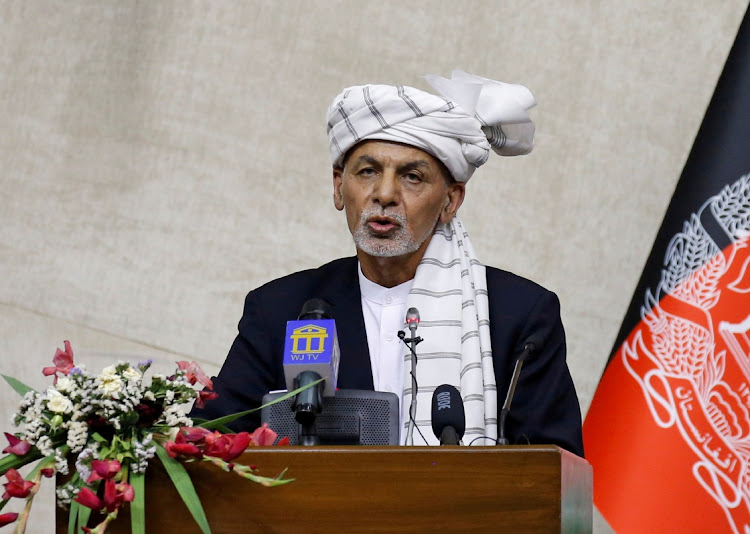 The United Arab Emirates (UAE) announced it was hosting Ashraf Ghani after the exiled president of Afghanistan fled the country.

“The UAE ministry of foreign affairs & international co-operation can confirm that the UAE has welcomed President Ashraf Ghani and his family into the country on humanitarian grounds,” the ministry said in a brief statement on Wednesday.

Ghani said on Wednesday that he had left Kabul to prevent bloodshed and denied reports he took large sums of money with him as he departed the presidential palace.

He has been bitterly criticised by former ministers for leaving the country suddenly as Taliban forces entered Kabul on Sunday.

“If I had stayed, I would be witnessing bloodshed in Kabul,” Ghani said in a video streamed on Facebook, his first public comments since leaving for the UAE.

“The Taliban have won,” he added.

He left on the advice of government officials, he added.

The international relations department says SA nationals in Afghanistan in need of help can e-mail islamabad.consular@dirco.gov.za or call 012-351-100
National
9 months ago

What is shocking, given the experience of national security and foreign policy team Joe Biden has assembled, was the sheer failure of the execution
Opinion
9 months ago

Western leaders have said they will judge the new Afghanistan rulers by their actions, including how they treat girls and women
World
9 months ago

Ghani’s whereabouts are a mystery after he fled Afghanistan on Sunday, despite saying he would not do so
World
9 months ago
Next Article