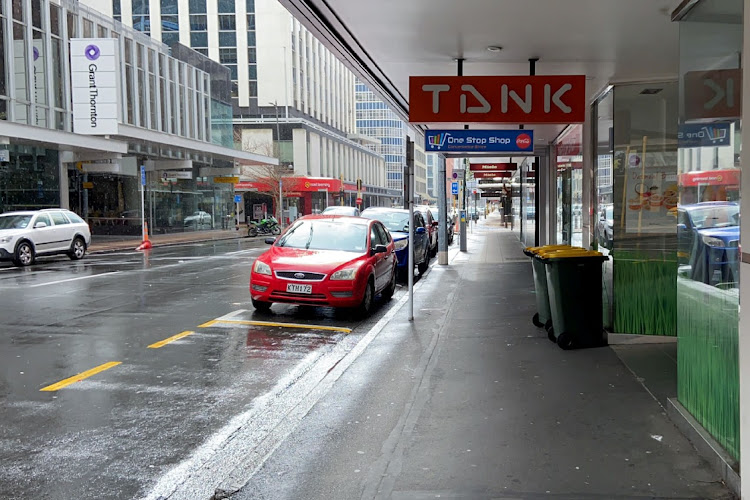 Lambton Quay is devoid of people on the first day of a lockdown to curb the spread of covid-19 in Wellington, New Zealand, on August 18 2021. Picture: REUTERS/PRAVEEN MENON

Wellington — New Zealand’s city streets were largely deserted on Wednesday as the country returned to life in lockdown for the first time in six months in a bid to halt any spread of the infectious Delta variant of the coronavirus.

New Zealand had been virus-free and living without curbs until Prime Minister Jacinda Ardern ordered a snap three-day nationwide lockdown on Tuesday after a single case, suspected to be Delta, was found in the largest city, Auckland.

The number of Covid-19 cases had risen to 10 on Wednesday, although modelling suggested numbers could rise to 50-100.

“From the experience of what we've seen overseas, we are absolutely anticipating more cases,” Ardern said.

The move to lockdown will put the country “in a much less risky position”, she added at a media conference.

New Zealand will be in level 4 lockdown, the highest alert level, for at least three days, while only Auckland will remain in lockdown for seven days.

Ardern said genome sequencing had shown the Auckland case was linked to an outbreak in neighbouring Australia’s New South Wales state, but it was still not clear how Delta had entered the community.

In the capital Wellington, few people ventured out in the city centre, which would normally be bustling with shoppers and office workers, while television footage showed similar scenes in Auckland.

Panic buying erupted after the lockdown announcement on Tuesday, with people stocking essentials at supermarkets despite repeated assurances from the government that there will be no shortage in supplies.

Ardern has won praise for containing local transmission of Covid-19 via an elimination strategy, imposing tough lockdowns and shutting New Zealand's international border in March 2020. The last reported community case of Covid-19 in New Zealand was in February, with about 2,500 confirmed cases overall and 26 deaths, and citizens have been living without restrictions.

Ardern’s success helped her secure a second term in office, but her popularity is being dented by delays to a vaccine rollout, as well as rising costs in a country heavily reliant on an immigrant workforce.

Just over 21% of the country’s 5-million people have been fully vaccinated so far, the slowest among OECD nations.

Dozens of people gathered in Auckland and other cities to protest against the lockdown. Police confirmed that four people were arrested at an anti-lockdown gathering in Auckland, and some others were also taken into custody in two other cities.

“If there’s a failure, it is around getting vaccinations into the country and then getting them into people,” she told state broadcaster 1News.

Finance minister Grant Robertson said the government will reinstate a wage subsidy from Friday if the country is still in lockdown.