Ghani’s whereabouts are a mystery after he fled Afghanistan on Sunday, despite saying he would not do so 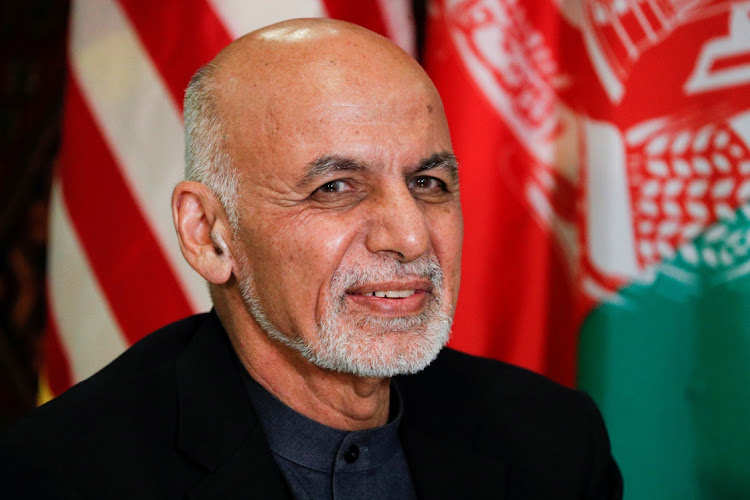 If anyone was supposed to know how to fix Afghanistan, it was Ashraf Ghani.

Before becoming president in 2014, Ghani spent much of his life studying how to boost growth in poor nations. A Fulbright Scholar with a doctorate from Columbia University, he taught at some of the US’s elite academic institutions before stints at the World Bank and UN. Later he co-wrote Fixing Failed States: a Framework for Rebuilding a Fractured World.

Reports had spotted him everywhere from Tajikistan to Oman to Abu Dhabi, with the Russians claiming he left with four cars and a helicopter full of cash. In Afghanistan he’s become a villain: his central bank chief and key members of his administration have denounced him publicly. Efforts to reach him or his close aides were unsuccessful.

In many ways, Ghani’s swift downfall reflects the broader failures of the US to impose a government on Afghanistan that had buy-in from a range of competing power brokers with a long history of fighting on the battlefield rather than at the ballot box. Although he was a Pashtun, the country’s dominant ethnic group, Ghani was seen as an outsider who lacked the political touch to unite disparate factions, and he became more isolated over time.

“Ghani was not accommodating of the realities of how Afghanistan works,” said Kabir Taneja, author of “The ISIS Peril: The World’s Most Feared Terror Group and its Shadow on South Asia” and a fellow at Observer Research Foundation in New Delhi. “He either didn’t understand or couldn’t understand the warlords, who are essentially people representing ethnic fault lines.”

After the US invasion in 2001, Ghani returned to Afghanistan for the first time in more than a quarter of a century, and served for two years as finance minister in an administration led by Hamid Karzai. Afterward Ghani became a darling of the international aid world, giving Ted Talks, penning op-eds in major newspapers and speaking at conferences. At one point he was considered a candidate for UN secretary-general.

Following a failed bid for the presidency in 2009, Ghani linked up with several prominent Afghan politicians — including influential warlord-turned-vice president Abdul Rashid Dostum — to win the top job five years later. But his victory was undermined from the start: John Kerry, then America’s top diplomat, flew to Kabul to broker a unity government that gave his main rival the position of “CEO” — a title that appears nowhere in Afghanistan’s US-modelled constitution.

In 2017, Ghani said he had “the worst job on earth” in an interview with the BBC. Still, he claimed that Afghan security forces had turned a corner against the Taliban and coalition forces would be able to leave by 2021.

That turned out to be accurate, just not in the way he predicted. President Donald Trump’s administration started direct talks with the Taliban in a bid to end America’s longest war, and shut Ghani out of the process. Then this year, after President Joe Biden set a withdrawal deadline for Aug. 31, Ghani resisted calls to step aside and allow a transitional government to take power as the Taliban made military advances.

“Ghani pretended to be for peace, but in reality he was in favour of war to remain in power even if it cost lives and pushed the Taliban to revert to a military option,” said Omar Samad, former Afghan ambassador to Europe and fellow at Atlantic Council. “The delay tactics ruined the chances for a deal that would have removed him from office but would have paved the way for a broad-based transition.”

As the Taliban descended on Kabul at the weekend, Ghani told the people that he would avoid the fate of former king Amanullah Khan, who abdicated and fled to British India in 1929.

“I will not flee!” Ghani said at an event in Kabul on August 4, raising his voice loudly. “I won’t seek safe haven and I will be at the service of people.”

Yet as the Taliban blitzed across the country and marched to Kabul, Ghani appeared increasingly isolated. In a video released hours before he fled, Ghani called for the defence ministry to set up telephone helplines for citizens to call.

After leaving, Ghani released a Facebook post saying he exited the country to avoid bloodshed — a move that infuriated his cabinet.

“They tied out hands behind our backs and sold off the country,” Bismillah Mohammadi, Afghanistan’s acting defence minister, said on Twitter after Ghani fled. “Damn to Ghani and his team.”

With Ghani nowhere to be found, former president Karzai and other Afghan politicians are now leading talks with the Taliban in Doha on setting up a new government. One thing they’ll easily agree on: disdain for Ghani.

“Ashraf Ghani has betrayed his own motherland, team and tribe,” Abdul Haq Hamad, a member of Taliban’s media team, told Afghanistan’s Tolo News. “Such treason will always be remembered.”