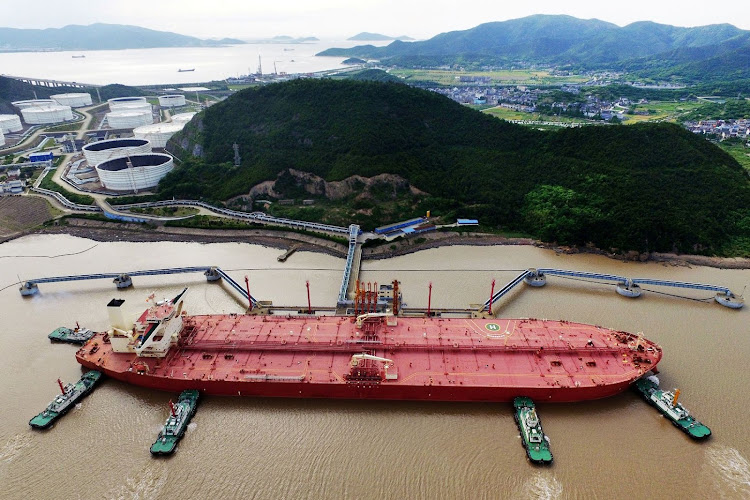 All inbound and outbound container services at Meishan terminal in Ningbo-Zhoushan port were halted on Wednesday until further notice due to a “system disruption”, according to a statement from the port. An employee tested positive for Covid-19, the eastern Chinese city’s government said.

The closed terminal accounts for about 25% of container cargo through the port, calculates security consultant GardaWorld, which said “the suspension could severely impact cargo handling and shipping”. Germany’s Hapag-Lloyd said there will be a delay in sailings.

This is the second recent shutdown of a Chinese port due to the coronavirus after the closure of Yantian port in Shenzhen from late May for about a month.

The fear is such disruptions strain international shipping and supplies of goods, already hurt by the pandemic’s squeeze on manufacturers. An extended shuttering at Ningbo could be especially damaging for the world economy because commerce usually rises towards the end of the year as companies ship Christmas and holiday products.

“There may be far-reaching downstream consequences going into Black Friday and holiday shopping seasons” and the next 24 hours will determine whether there is a large outbreak or not, said Josh Brazil, vice-president of marketing at project44, a supply-chain intelligence firm. “One of the few givens in 2021 is endemic delays, and the fact that conditions can change almost overnight.”

In addition to the closed terminal, containers for shipment through the other terminals will likely slow. The port will now only accept containers within two days of a ship’s estimated arrival time, according to a statement from shipping and logistics firm CMA CGM.

All the close contacts of the infected worker have been identified and are in quarantine, according to Ningbo City’s statement. A port spokesperson who declined to give his name said there was no new information when contacted on Thursday.

The port was the third-busiest globally in terms of container shipments in 2020 and the second-busiest in China after Shanghai, according to maritime publication Lloyd’s List.

The discovery of a port worker who tested positive for Covid-19 shows that virus-prevention measures in Ningbo City still have loopholes, the local government said in a statement on its website on Thursday, which urged officials to implement quarantines, disinfection and closure of affected areas to prevent the virus’s spread.