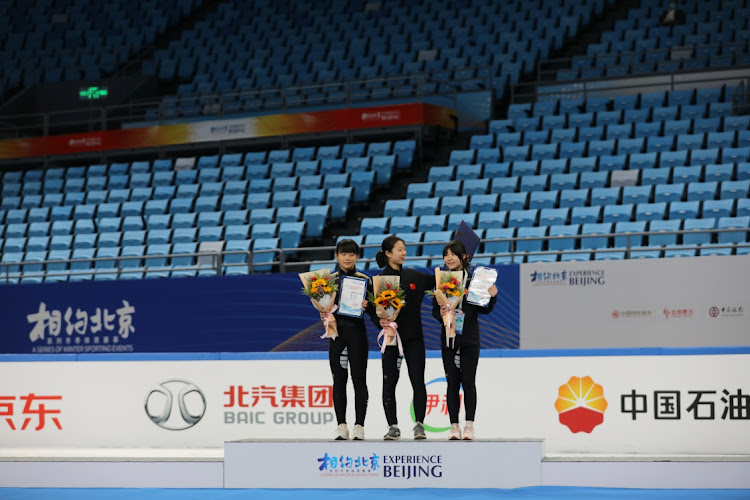 The Olympics will take place without spectators in Tokyo later in July after a resurgent coronavirus forced Japan to declare a state of emergency in the capital that will run throughout the Games.

Organisers have not announced whether they might use some sort of spectator alternative to help create atmosphere in stadiums, but below are some examples used in 2020 amid the Covid-19 pandemic:

In May, Belarusian soccer team Dinamo Brest filled the stands with mannequins sporting cut-out portraits of real supporters, while German Bundesliga club Borussia Moenchengladbach offered to put a “cardboard you” in the stands for €19.

Elsewhere, the English Premier League used audio effects and computer-generated ‘fans’ to improve the viewer experience for its soccer matches.

The Indian Premier League also used pre-recorded crowd cheers and applause and had ‘fan walls’ at venues to allow fans to virtually attend the matches.

In Japan’s Nippon Professional Baseball league, fans could use the ‘Remote Cheerer system’ to cheer or boo the players on the pitch via their smartphones, sending either a pre-recorded shout-out or their personal message.

In July, the Fukuoka Softbank Hawks baseball team played with 20 dancing robots cheering them on from the stands. The robots — yellow dog-like machines and white humanoid Pepper bots — danced to the team’s fight song on a podium, some of them wearing Hawks caps and waving flags to support the team.

In Incheon, South Korea, a baseball game was held with spectators printed onto banners placed across the stadium. A live stream of fans’ faces viewing the game was also shown on stadium screens for players.

Job not done yet, says Simbine