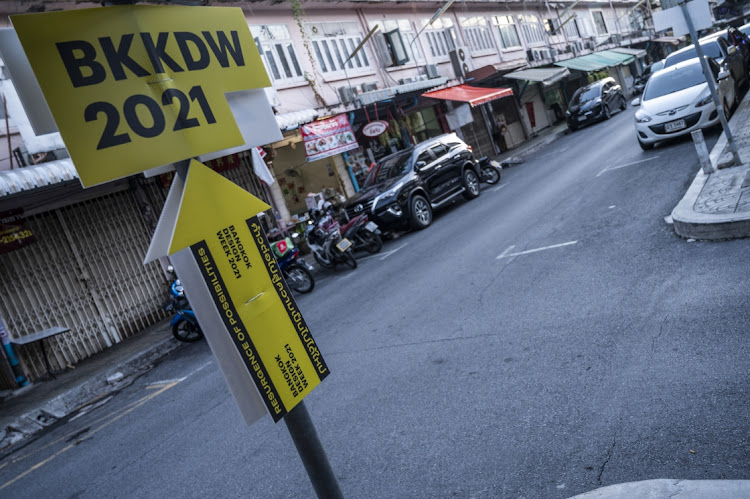 Thailand’s top Covid-19 panel is set to consider a partial lockdown of the nation’s worst virus-hit regions, including the Bangkok metropolitan area, to quell the deadliest wave of infections.

The national task force will meet on Friday to decide on the health ministry’s proposals for stay-at-home orders and a ban on travel between provinces for two weeks, permanent secretary of public health Kiattiphum Wongrajit told reporters on Thursday. While essential businesses and services such as food markets and hospitals may be allowed to operate, people will be barred from travelling for non-essential activities, he said.

The proposed curbs are similar to a national lockdown in 2020 when all the non-essential businesses were closed and a ban on social gatherings and local travel was in force for about a month, said Kiattiphum. The partial lockdown may cover the greater Bangkok area — home to more than 10-million people and contributing about 45% to the nation’s GDP — and some provinces with high Covid-19 rates, he said.

The push for tighter containment measures follows a tenfold surge in infections since early April that threatened to derail Prime Minister Prayuth Chan-Ocha’s pledge to fully reopen the country in about 100 days. Health experts had called for strict containment measures, saying the more contagious Delta variant would cause a spike in infections and deaths amid a low rate of vaccinations.

Thailand, the first country outside China to report a Covid-19 infection, has struggled to stem the pandemic after its initial success to combat the virus in 2020, when it imposed a hard lockdown. But that crippled its all-important tourism industry and plunged the economy into its worst performance in more than two decades. Prayuth, who had previously been reluctant to impose a lockdown to avoid further damage to jobs and industries, said on Thursday there’s a need for disease control measures that may affect daily lives.

“If we do nothing, the situation may get worse,” Prayuth said in a post on Facebook. “We may need to impose more stringent measures to limit mobility, prevent group activities, and close more businesses and activities.”

With the Delta variant, first detected in India, now sweeping through the region, there’s growing pressure on leaders like Prayuth and Indonesian President Joko Widodo to impose tighter measures. Any further dithering may lead to the crisis worsening in Thailand, according to Anan Jongkaewwattana, an expert in molecular virology and director of the research unit at the National Centre for Genetic Engineering and Biotechnology.

“A strict lockdown is the only way out,” Bangkok-based Anan said before the health ministry proposed tighter curbs. “It might hurt the economy now, but things will be better in the long run once we can contain the spread.”

Prayuth set a 120-day deadline in June to fully open Thailand to vaccinated foreign visitors, which he said was a calculated risk to reduce “the enormous suffering of people who have lost their ability to earn an income”. He wants the tourism industry, which contributed about 20% to GDP pre-pandemic, to hum again.

That has meant allowing many businesses to operate normally in Bangkok and nearby provinces even though they are the hotspots of the current Covid-19 wave. Though Prayuth has ordered restrictions for restaurants and construction work, the outbreak has raged on with daily cases averaging more than 5,000 in the past week. On Thursday, the nation added 7,058 new cases and 75 deaths, a new daily record.

“If this situation continues, the Thai outbreak will be worse than Indonesia’s on a per-capita basis, with as many as 20,000 cases per day in the next few months,” Anan said. “Infections aren’t just limited to construction camps and crowded communities — it’s more widespread than that so current restrictions aren’t enough.”

A slow vaccination drive, that relies mostly on shots from AstraZeneca and China’s Sinovac Biotech, has hampered efforts to contain the virus spread. Thailand has administered about 11.3-million shots, enough to cover about 8% of its population, ranking the country behind more than 120 other nations in vaccination rate.

The worsening outbreak has also hurt investor confidence with the nation’s equities and currency both bearing the brunt. The baht fell to a fresh 14-month low against the dollar on Thursday, while the SET index of stocks tumbled 2.1% to close at its lowest level since April 12. The gauge has dropped 5.5% from a 19-month high reached in mid-June after foreign investors turned net sellers of $1.48bn of stocks in the second quarter.

Koraphat Vorachet, a strategist at Bangkok-based Capital Nomura Securities, is advising clients to be selective in their investments given uncertainties stemming from the pandemic. The Phuket model of reopening needs to be watched closely as a major Covid-19 outbreak in that resort island would lead to a suspension of activities and delay any recovery, he said.

Thai companies are also wary of a hurried reopening without fully controlling the outbreak. A majority of the CEOs surveyed by the Federation of Thai Industries want the government to reopen the country only when new infections are down significantly.

Thailand’s economic recovery will be hampered given the slow vaccine rollout, ineffectiveness of some jabs against the Delta variant and its quick spread, according to Somprawin Manprasert, chief economist at Bangkok-based Bank of Ayudhya’s research unit. Fiscal and monetary policies must be direct and targeted at those most affected by the pandemic, he said.

“Evidence suggests that the infections are already widespread, and current restrictions won’t help contain the outbreak,” Anan said. “If we don’t tighten restrictions, the infection rate will rise exponentially.”

‘I also call on parents, principals, teachers, and even pastors to observe acts of teenagers around them,’ Lam said
World
3 weeks ago

Deep-sea mining would extract cobalt, copper, nickel and manganese on the sea floor at depths of 4km-6km
World
1 month ago