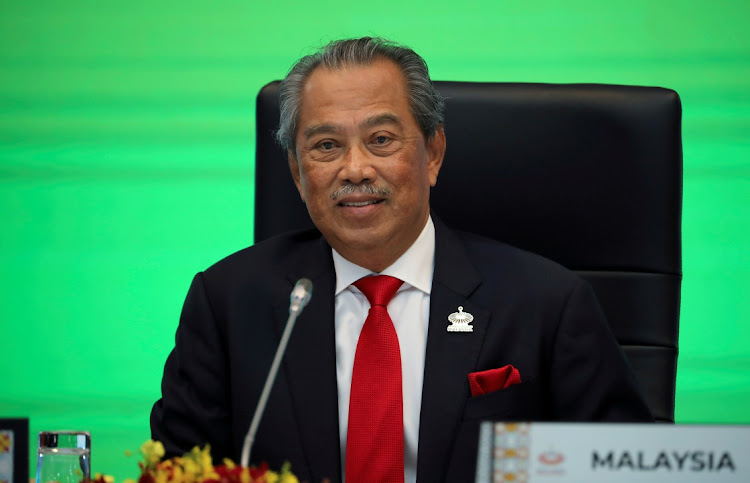 The biggest political party in Malaysia’s ruling coalition withdrew support for Prime Minister Muhyiddin Yassin and called on him to resign, setting the stage for another round of instability in the Southeast Asian nation.

The move by the United Malays National Organisation (UMNO) in the early hours of Thursday is the latest twist in a turbulent period for Malaysian politics that began 15 months ago with the surprise resignation of long-serving leader Mahathir Mohamad. In a Facebook post after the party’s meeting concluded well past midnight, UMNO president Ahmad Zahid Hamidi announced the withdrawal and called for a new leader to take over until fresh elections can be held.

“UMNO urges Muhyiddin to step down with honour and allow a new prime minister to be appointed for a temporary term,” Zahid said. “It’s obvious that the government had failed in managing the country’s economy, the pandemic and in fulfilling the aspirations of the people.”

Muhyiddin has struggled to shore up support for his government since taking power, facing constant demands from coalition partners and threats of defections. In January he cited the pandemic to impose a state of emergency that has seen parliament suspended for all of 2021, blocking his opponents from bringing a no-confidence motion against him.

Since then daily cases have nearly doubled, prompting opposition parties and the monarch to pressure Muhyiddin to reconvene parliament before the emergency expires on August 1. The prime minister finally agreed to do so on July 26 for five days to discuss the Covid-19 recovery plan. Malaysia counted more than 8,800 new infections on Thursday, approaching the record 9,000 cases seen in May.

The benchmark stock index was down 1.4% at 4.50pm, headed for its biggest drop in more than three months. The ringgit held earlier losses, down 0.4% to 4.1775/$, while government bond yields were little changed.

The ringgit fell 0.2% to 4.1715/$ on Thursday morning. Benchmark 10-year government bond yields slipped two basis points to 3.15%. The main stock index tumbled 0.9% in a fifth day of declines, set for its longest run of losses since January.

Still, the withdrawal of UMNO from the coalition does not necessarily mean Muhyiddin will step down. The pandemic makes holding a nationwide election unfeasible due to concerns it could further spread the virus, and it is unclear if the opposition will be able to force a no-confidence motion in the special five-day session. Two other mechanisms to prompt his resignation — a formal rejection of the budget or the royal address kicking off a full parliamentary session — are still a way off.

“While UMNO’s pull-out can make the Muhyiddin government officially a minority one, it cannot end the latter’s tenure,” said Wong Chin Huat, a professor and political scientist at the Jeffrey Sachs Center on Sustainable Development at Sunway University in Malaysia. “As the country both cannot go without a government and cannot have an election now, allowing Muhyiddin to stay in power as a minority government is the most reasonable solution.”

Meanwhile, attorney-general Idrus Azizan Harun in a statement on Thursday said “there are no clear facts indicating that the prime minister no longer has the confidence of the majority of MPs.” Such a decision should be made by parliamentarians themselves, and not through a statement by a political party or its leaders, he said.

“Hence, based on law, the existing prime minister and cabinet ministers will clearly continue to carry out federal executive powers,” he said.

Tensions between Muhyiddin’s Bersatu party and UMNO have been high since they cobbled together a fragile coalition in March last year. Some elements within UMNO perceived a power imbalance within the government — despite its larger size, the party holds fewer positions in the cabinet.

An aide to the prime minister did not respond to requests for comments.

Just hours before UMNO’s decision on Thursday, Muhyiddin appointed one of its legislators, Ismail Sabri Yaakob, as deputy prime minister in a bid to shore up support. The premier also promoted foreign minister Hishammuddin Hussein — also from UMNO — to senior minister.

UMNO youth head Asyraf Wajdi Dusuki said on Facebook that the party was not consulted on the appointments, and that it had decided in February not to accept the position of deputy prime minister. UMNO is beset by internal divisions, and one minister from the party has demanded that Zahid further clarify his statement.

Whether Ismail and Hishammuddin decide to remain in their new posts despite UMNO’s withdrawal may serve as an indication of how fractured the party is as legislators scramble to choose sides, said Bridget Welsh, honorary research associate with the University of Nottingham Asia Research Institute Malaysia.

“What’s going to be important to watch is what happens to key ministers,” she said. “A lot of these politicians will be trying to determine which is going to be the safe side for them.”

Moreover, it is uncertain if the opposition parties would be able to agree on an alternative to Muhyiddin, particularly as they manoeuvre for votes ahead of an election set to take place whenever the Covid-19 situation comes under control. No matter how things shake out, any coalition that emerges before a nationwide vote is bound to be unstable, according to Yvonne Tew, a constitutional law professor at Georgetown University.

“The state of politics in Malaysia is in flux, and has been for the last couple of years,” she said. “Any governing coalition that manages to take power is in a far more fragile position.”

If the Sandbox scheme goes smoothly, authorities plan to replicate it in destinations like Krabi and Koh Samui
World
1 year ago

Thai firms are investing in cannabis, seeking to be first movers in a budding multi-billion dollar industry in Asia
World
1 year ago