Since 2020, Kim has been shuffling top officials in a way that is reminiscent of his early years in office when he constantly replaced, demoted or reinstated senior military leaders 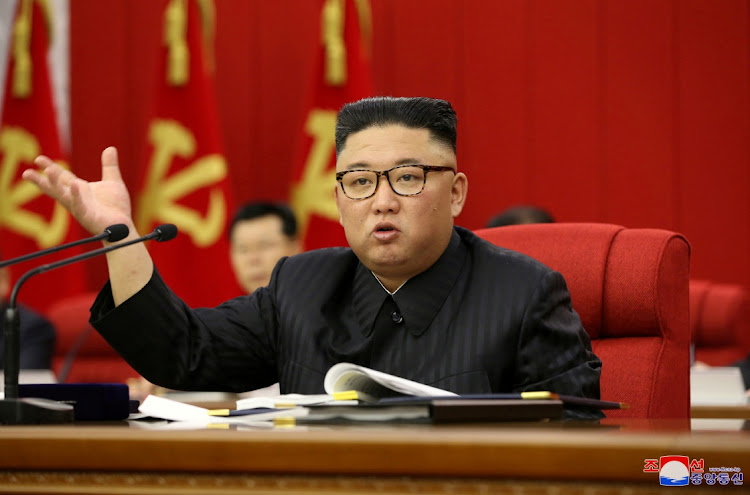 Seoul — What may be the most significant reshuffle of top North Korean officials in years by leader Kim Jong-un serves as a warning to the ruling elite, analysts say, including those he accused this week of causing a “great crisis” with coronavirus lapses.

Kim called a meeting of the ruling Workers’ Party of Korea politburo on Tuesday and berated some party executives’ neglect of duty, including failing to implement long-term measures to fight the pandemic, state media reported.

State media, often the only source of information on the workings of the secretive country, did not elaborate on the nature of the crisis.

The gathering included the election of new politburo members and a secretary of the party's Central Committee, among other changes, though it was not clear if all the ousted officials, who were not identified, were being reprimanded because of the coronavirus lapses.

The changes came 10 days after state media reported that Kim had used another large meeting to reinforce ruling party discipline and appoint new members of its powerful politburo.

“The frequency of these meetings and the personnel changes are somewhat extraordinary,” said Michael Madden, a leadership specialist at the US-based 38 North project, which focuses on North Korea.

Irregular political gatherings and personnel attrition in an authoritarian regime such as North Korea can foreshadow things such as fundamental failure of the state apparatus or unsteady political transitions, he said.

“North Korean political culture is not currently at that point but things like this political bureau meeting are held to serve as a warning to North Korean elites that their behaviour could endanger overall regime cohesion, which would threaten their political positions and the benefits they derive from holding high office,” Madden said.

This seemed to be the largest shake-up since a 2013 purge that saw Kim order the execution of his uncle, but his power base remains solid with plenty of other officials to call on, Thae Yong-ho, a former North Korean diplomat who defected to South Korea where he now serves as a legislator, said in an analysis.

Since 2020, Kim has been waging a war against corruption and a lack of discipline in the party, including by shuffling top officials in a way that is reminiscent of his early years in office when he consolidated power by constantly replacing, demoting, or reinstating senior military leaders, said Rachel Minyoung Lee, another specialist with 38 North.

“He is publicly demonstrating that those who fail to follow the instructions and rules, and those who fail to lead properly and achieve desired results will be sacked or demoted, no matter how high up in the ranks they are or how long they have been in their current position,” she said.

Unusually, state media did not specify the officials who were appointed or ousted this week, but some analysts said clues gleaned from state television coverage suggested that Ri Pyong Chol, vice-chair of the party's Central Military Commission and a member of the politburo’s standing committee; Pak Jong Chon, chief of the military’s general staff and also a politburo member; and Choe Sang Gon, a party secretary and director of the science and education department, were among those who were sacked.

“There is a possibility of personnel changes involving Ri Pyong Chol, Pak Jong Chon and Choe Sang Gon, as Ri and Pak were not seen participating in the voting process and Choe's seat was left empty,” an official with South Korea’s Unification Ministry, which handles relations with the North, said on condition of anonymity.

Ri played a major role in North Korea’s ballistic missile programme and Madden said more meetings and events had to be watched in an effort to glean clues as to his fate but his dismissal would be a major development.

“It would represent the most significant personnel change among the core elite” in years, he said.

Yang Moo-jin, a professor at the University of North Korean Studies in Seoul, said that Ri and Pak could have been involved in failures to release military rice reserves, while Choe appeared to have been fired for failing to co-ordinate policy and communications regarding the pandemic.

“By revealing it at the politburo meeting, which is a key executive gathering, Kim seems to be sending a warning to all party officials and a message that he will bring them to account if they do wrong,” Yang said.