But some researchers are sceptical, calling it ‘an overzealous attempt’ to hit a record that would drain limited stocks, and that ‘the chest-thumping must officially end now’ 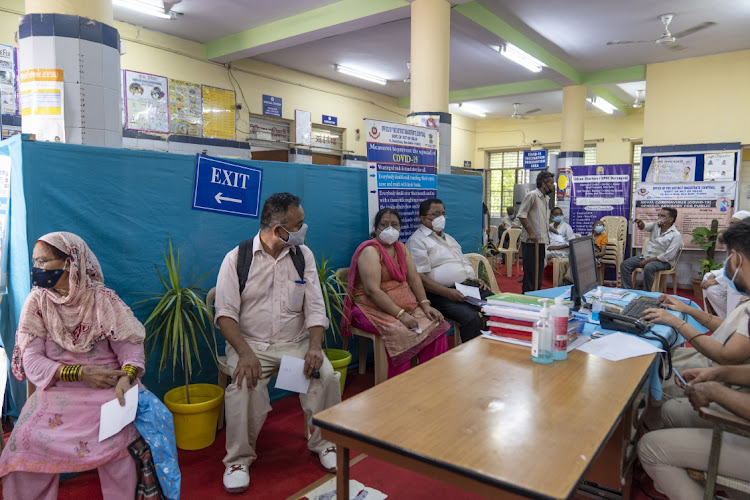 But even this unprecedented pace may not be fast enough for a country just emerging from a devastating second wave to head off a third one, experts say. They also question whether this week’s push averaging about 4.6-million doses a day, up from about three-million for most of the past month, can be sustained.

Despite halting all exports in April and benefiting from a huge vaccine producing industry, India has covered only 4% of its vast population, putting it far behind most of the West and China, which is deploying about 20-million doses a day. At this rate, some scientists say a third wave could arrive within months, driving fears the country may see a repeat of the recent nightmare of oxygen shortages and overwhelmed hospitals.

“I don’t think the recent spurt can be maintained, given what we know of the supply situation,” said Gautam Menon, a professor of physics and biology at Ashoka University, who also works on modelling outbreaks. “The single-day spike seems to have been the result of a concerted effort by some states, who may have stockpiled doses for this purpose. We would need to get to about 10-million doses per day to ensure that a future wave is less potent.”

India’s challenges in accelerating its inoculation drive are considerable. The fewer than 100-million doses per month being currently pumped out of two local manufacturers are struggling to cover its nearly 1.4-billion people. There is also considerable hesitancy to overcome and logistical hurdles to reaching much of the countryside, where more than two thirds of Indians live.

Nevertheless, Prime Minister Narendra Modi must hope that the record jump will be the jolt the immunisation campaign needs. This week, NK Arora, the chair of the National Technical Advisory Group on Immunisation in India, said as many as 220-million shots would become available starting in July. India aims to vaccinate 10-million people a day, he said, pointing to the country’s history with large childhood inoculation drives for diseases such as polio. On Friday, Arora said India now expects to procure between 300-million and 350-million vaccine doses in August.

Still some researchers are sceptical and took to social media to criticise the sudden spurt. Chandrakant Lahariya, a New Delhi-based epidemiologist and co-author of a book on India’s battle against Covid-19, called it “an overzealous attempt” to hit a record that would drain limited stocks.

Rijo M John, a health economist and adjunct professor at the Rajagiri College of Social Sciences in Kochi, said on Twitter that “the chest-thumping must officially end now,” because India doesn’t have enough doses in the short term to continue hitting those same levels.

The jubilation among government officials has parallels to the launch of India’s coronavirus vaccine campaign in January. Hopes were so high that Modi shipped out millions of shots in a short-lived bout of vaccine diplomacy and called his country “the world’s pharmacy.”

Modi’s generosity belied a stuttering rollout at home as lower-than-anticipated batches came off the production lines at the Serum Institute of India, the world’s largest vaccine manufacturer, and Bharat Biotech International, India’s other main provider. Both companies have promised to bolster output starting in July. However, Serum’s CEO, Adar Poonawalla, said in May that exports aren’t expected to resume until the end of the year, a blow for many poorer nations depending on Indian supplies.

The Indian launch of Russia’s Sputnik V has also been slow. Despite receiving shipments from Russia last month, Dr Reddy’s Laboratories Ltd., the local distributor, is still going through a small-scale pilot launch of the vaccine, a spokesperson told Bloomberg.

If an average pace of about 3.2-million daily doses is maintained, India will be able to vaccinate 45% of its adult population by year-end and 60% by the end of March 2022, Anubhuti Sahay and Saurav Anand, South Asia economists at Standard Chartered, wrote in a report on Wednesday. They said that if more vaccines become available and the pace increases by 30%, India could fully immunise 55% by the end of 2021.

“We’re a big country, we’ve got a lot of people to vaccinate,” Aparna Mukherjee, a senior scientist at the Indian Council of Medical Research — the country’s main research agency — said in an interview on Wednesday. She said getting everyone vaccinated before the onset of a third wave would be “wishful thinking,” but efforts are on to inoculate the most vulnerable.

The South Asian nation also expects to add six more vaccines to its armory in “the coming months,” including Sputnik V, Subrahmanyam Jaishankar, India’s foreign minister, said in an interview with Bloomberg on Tuesday. He blamed Europe and the US for raw vaccine material bottlenecks and said the key to boosting global coverage is to help India scale up.

“The US and Europe need to step forward if India has to ramp up its own production,” he said.

Even with the uptick, coverage across the country has been patchy. Inoculation rates in India’s top five states contributing almost 50% of the country’s GDP are lower than the national average, according to Standard Chartered. The pace in India’s vast countryside is even slower.

The delta Covid-19 variant  accounts for at least 20% of new cases in Ireland and parts of Germany, while in hotspot Lisbon, the figure is above 60%
World
3 months ago
Next Article