Islanders in remote archipelago fear they could lose everything 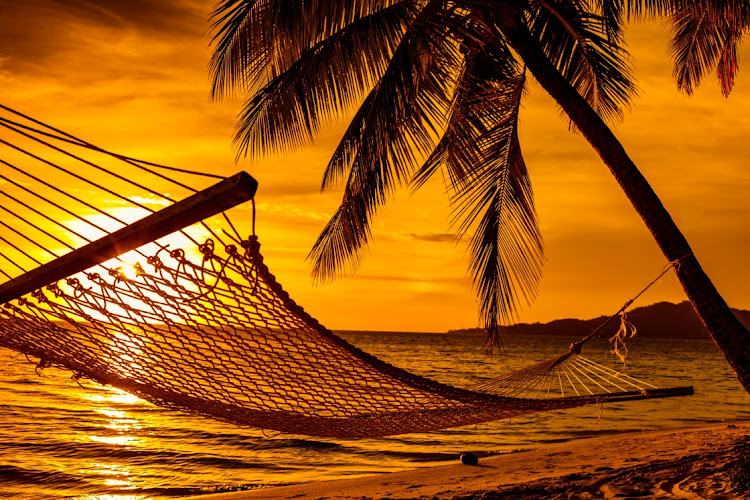 Chennai — With palm-fringed beaches, turquoise seas and coral reefs, it is easy to see the appeal of India’s Lakshadweep islands. But as the government pushes plans to develop the remote archipelago as a tourist hub, some islanders fear they could lose everything.

Anger has erupted over proposals that could give officials powers to remove or relocate residents to make way for tourism, luxury housing and deep-sea mining projects in the islands, which lie 500km off India’s southwestern coast.

“For generations we have lived quiet lives, rarely protesting policies created in the mainland ... but if they take away my land and home, where will we all go?” fisher Sakariya, who uses one name, said by phone.

Like many local fishers, his only asset is the family home his grandfather built on a 90m² plot of land near the beach, in the island capital of Kavaratti.

“This is not a big city where people can be relocated nearby. For us, it will probably mean having to move to the mainland. How can we allow anyone to take our homes away?," he asked.

Along with thousands of other islanders, Sakariya, 40, has taken to social media to voice his concerns as Covid-19 curbs keep them from taking to the streets to protest.

A Twitter campaign started by students has gained traction on the mainland and is being backed by prominent politicians including opposition leader Rahul Gandhi.

This week, residents’ group Save Lakshadweep Forum staged a one-day hunger strike to protest against the new land acquisition rules that have stirred up eviction fears among the islands’ 65,000 people. Protesters also fear the plans could strain limited public services on the islands, including a lack of clean drinking water, health care and access to the mainland.

Lakshadweep administrator Praful Patel did not respond to a request for comment, but senior official S Akser Ali told reporters recently the goal was to develop the islands “holistically”, with local people’s welfare in mind.

The government’s plans to have “happy and prosperous islanders on ecologically protected islands” also extend to the Andaman and Nicobar archipelagoes, which lie in the Bay of Bengal.

Land clearance orders have already been issued for four tourism projects in the Andaman and Nicobar islands, despite concerns about their environmental impact.

“These plans do not consider the ecosystem of the islands as particularly unique and are primarily mainland sensibilities of generating revenue and employment being implemented,” said conservationist Manish Chandi.

“The cost of these proposed projects, on the lives of people and the ecosystem, has to be taken into account,” said Chandi, who has lived and worked on the islands for decades.

These biodiversity hotspots are already seeing the impact of climate change, with rising sea levels submerging one of the uninhabited islands in the Lakshadweep, besides residents losing land to coastal erosion, studies have shown.

According to the government’s plans, however, the development of the island groups will take place as part of an integrated island management plan, made to protect the people and ecosystem.

A senior official at the federal government’s policy think-tank Niti Aayog said that under phase one of the project only some tent houses and resort villas were under construction on the Andaman and Nicobar islands.

“No other plans have been green lit yet,” he said, requesting anonymity as he is not authorised to speak to the media. “A consultant has been hired to prepare a feasibility report and then phase two will start.”

But in the Lakshadweep islands, mistrust is widespread. That has been fuelled by authorities’ demolition of fishers’ beach shacks, said K Nizamuddin, who belongs to the self-governing body in Kavaratti, which is reimagined as a smart city in the development plans.

Nizamuddin said part of the problem was that residents had not been properly informed about the plans.

“We haven’t been consulted and most islanders are clueless about what the future will bring. If drastic changes are coming, they should be told about it,” he said.

“In a smart city, there has to be space for local fishermen and for traditional livelihoods like animal rearing to continue. Instead, authorities have broken fishermen’s sheds on the beach saying it violates norms. So there is mistrust.”

Under the draft regulations, residents would also have to get planning permission before making even minor changes to their homes, said lawyer R Rohith.

“In other regions it may seem normal for the government to acquire land for projects, like building a road, but in the islands, it is just not done,” Rohith said, referring to laws that aim to protect islanders’ rights and the fragile ecosystem.

On the Andaman and Nicobar islands, the government wants to build a port facility, a greenfield international airport, townships and solar plants.

“Nobody is saying there shouldn’t be any development,” Chandi said, highlighting that the islands have poor roads, inadequate transport and water supplies and even patchy telecommunications networks.

“But it has to be consultative, taking into consideration that this is a unique ecosystem, home to indigenous people, settlers, all of whom have varying needs and requirements ... and not to forget marine life.”

The views of local people, including vulnerable tribal groups living in the islands’ forests, have not been taken into consideration, said anthropologist Vishvajit Pandya.

“This brilliant idea is not what the people want,” Pandya said.

Hundreds of kilometres away on the Lakshadweep islands, fisher Sakariya echoed Pandya’s criticism.

“We have lived in this small strip of land for decades. We know the impact of disturbing this ecology better than anyone. Officials should listen to us.”

New rules in India impose penalties, including jail terms, on assigned individuals if a social media firm fails in its prescribed duties
World
3 weeks ago

Elephantiasis, which is preventable but not curable, is rife in India, but the drugs cannot get to communities and patients due to the pandemic
World
3 weeks ago
Next Article