Japan, a major aid donor with long ties to Myanmar, has not placed sanctions against the Myanmar military, as the US and UK have 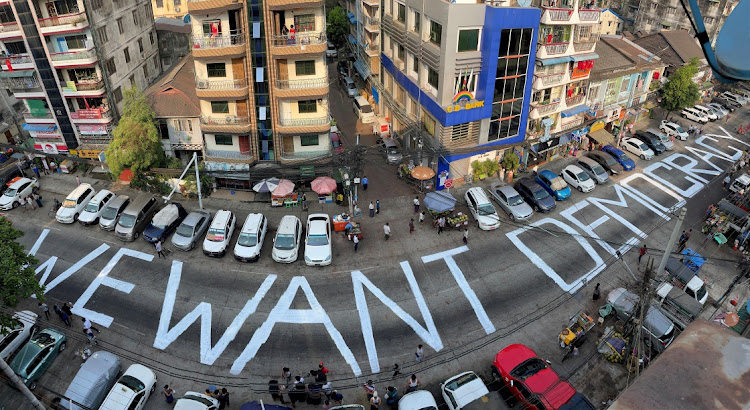 A street in Yangon, Myanmar, after the February coup. Picture: REUTERS

Tokyo — Japan should play a bridging role to Myanmar’s junta rather than following the Western policy of regime change, according to a senior official at the Japan Myanmar Association, which has strong ties with Myanmar’s military.

“I argue that Japan must position itself as a bridge between the Tatmadaw and the US and other democratic countries rather than blindly aligning itself with the Western policy of regime change,” Yusuke Watanabe, the association’s secretary-general, said in an opinion piece for the Diplomat magazine.

The Japan Myanmar Association is a private group Yusuke Watanabe’s father and politician Hideo Watanabe launched to rally support for the wave of Japan’s investment in the Southeast Asian country. The association includes retired government bureaucrats and business executives and members of big Japanese companies.

Myanmar’s military overthrew the elected government on February 1, citing alleged fraud in an election three months earlier, and has since waged a deadly crackdown which has killed hundreds and displaced tens of thousands of people.

Japan, a major aid donor with long ties to Myanmar, has not placed explicit sanctions against the Myanmar military, unlike other nations such as the US and Britain.

The Japanese government did halt negotiations on new aid to Myanmar, but not existing aid projects.

Any drastic move to cut ties with Myanmar’s military could result in China winning more influence, a senior Japanese official said in February after the coup.

“Japan must realise its historic mission of guiding Myanmar’s military government in service of a free and open Indo-Pacific and remain unafraid even if its actions diverge from those of the US and other democratic allies,” Watanabe said.

Suu Kyi, who has been detained since the coup in February, appears for the first time in person to meet her legal team
World
3 weeks ago