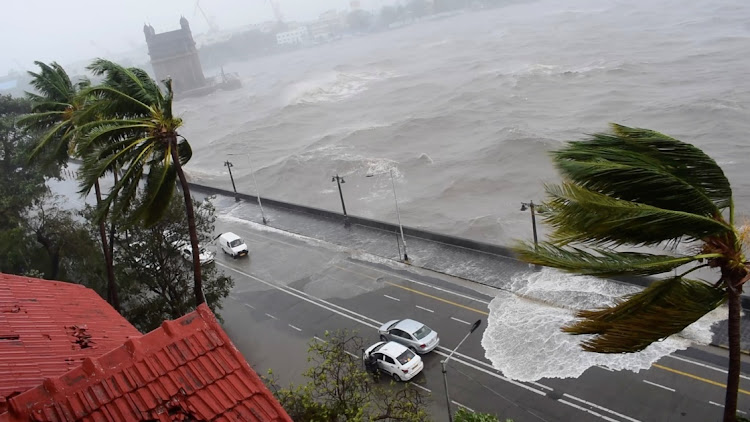 New Delhi — A cyclone is set to slam into India on Wednesday, the second in less than two weeks, with authorities gearing up for relief operations at a time when the nation is facing the world’s worst outbreak of Covid-19.

Cyclone Yaas will cause heavy rains in the eastern states of West Bengal and Odisha, with wind speeds as high as 185km/h, according to the India Meteorological Department. Sea levels may increase 4m above regular tides and inundate low-lying areas, it said.

The latest storm follows a cyclone that hit the west coast last week — the worst in over two decades in the western state of Gujarat — killing dozens after a barge sank in the sea. The eastern region was hit by a cyclone in May 2020 with similar wind speeds, while another one in 2019 prompted authorities to evacuate millions of people.

The timing of the storm poses challenges for already stressed authorities in the country, which is battling a second wave of the coronavirus pandemic. The infections have strained India’s health system and overwhelmed crematoriums and hospitals. They have also spread to rural areas, where about 70% of the nation’s 1.3-billion people live.

Ports, refineries and plants were on alert. Indian Oil, the biggest refiner, stopped unloading crude oil at Paradip in Odisha and asked ships to move 250 nautical miles away from the path of the cyclone, according to a spokesperson.

The weather department advised fishers to suspend operations in the area. The storm could damage houses and roads, disrupt movement of trains and disrupt power and telecommunication services, it said.

The Odisha government has identified more than 6,500 pregnant women with delivery dates before June 1, and is moving them to hospitals as a priority, according to Pradeep Jena, the state’s additional chief secretary. The government will intensify the evacuation process after getting further clarity from the weather office on the time and location of landfall, he said by text.

In neighbouring Bangladesh, the government has readied three times more storm shelters than are usually needed to accommodate people evacuated from coastal areas, said Enamur Rahman, state minister for disaster management. But the country sees no major damage from the cyclone as it is likely to move towards India’s Odisha, he said.

Both Paradip Port Trust and Dhamra Port said all vessels at the anchorage will move to a safer area in the sea, while those alongside berths have been asked to keep their main engines ready to move to sea at short notice.

Oil explorers in the Bay of Bengal have been asked to take all precautions to maintain safe operations, the directorate-general of hydrocarbons said in a Twitter post. Oil and steel minister Dharmendra Pradhan said as a precautionary measure all oil and steel industrial units along the east coast will operate with minimum manpower for the next two to three days.

Authorities are cautious this time after a fatal accident last week. The Indian navy recovered 70 bodies after a barge and a tug boat, working for state-run Oil & Natural Gas, sank after cyclone Tauktae that hit the west coast on May 17. The navy rescued 188 people, but some are still missing.

Advances in ‘event attribution science’ show how big a role climate change has played in a specific event, such as US heatwaves and flooding in China
World
9 months ago