Charity project aims to rebuild dilapidated homes, which could halt redevelopment of the Klong Toey slum 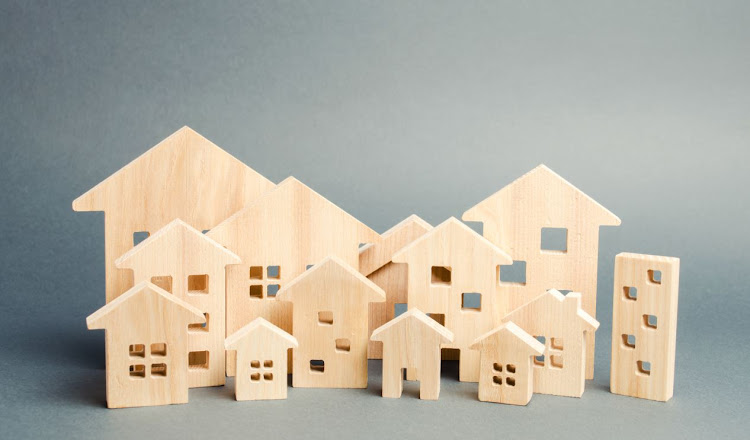 Bangkok — Flimsy shacks of tin and ply have given way to sleek, painted newbuilds — small, clean and leak-free — in Bangkok’s biggest slum, creating model homes and a blueprint for city development.

That is if community leader Surawat Krabsomboon and other residents can defeat plans to bulldoze much of Klong Toey slum and make way for the sort of gentrification transforming the Thai capital.

“We were living in broken houses and were unable to afford to repair the houses,” Krabsomboon told the Thomson Reuters Foundation from his home in the city’s oldest slum.

“But we did not want to live like that — we wanted better homes, better amenities,” said the 29-year-old Thai, making the case for thousands more micro homes to replace the dilapidation that has mushroomed without design over decades.

“These houses have allowed us to remain here, and relieved the burden of residents when they had to stay home during the lockdown and could not go out,” he said.

Klong Toey’s slum, an area of about 640 acres in the heart of the city, is home to nearly 100,000 people, mostly rural migrants from northern Thailand, many of whom came to the city decades ago for jobs at the nearby Bangkok port.

They stayed on even as those jobs dried up and the area around them boomed with plush malls and high-rise blocks.

Krabsomboon had tried many times to fix their housing — the shacks are like saunas in summer and leak rain in the monsoon.

Now, with help from a charitable foundation and a top Bangkok architect, dozens of residents have new homes where their tired shacks once leant — with sturdy steel frames, insulated roofs and fire-resistant floors of fibre cement board.

The micro homes, funded by the Charoen Pokphand Foundation, have helped residents brave the pandemic, and could be a model for the larger planned redevelopment of the slum, said Surawat.

But the Port Authority of Thailand, which owns much of the land on which residents built their shacks illegally, wants to clear the slum to make way for office and commercial blocks, tourist spots and a modern transport and logistics hub.

About 12,000 households must relocate — either to a new high-rise complex nearby, to plots about 30km away, or take a cash compensation and move elsewhere, authorities say.

The plan is opposed by residents who say their lives and livelihoods will be affected, and that the small flats on offer will not suit large families, or people with shops or chickens that roam the narrow alleyways.

Most residents work in construction, as street vendors and as motorbike taxi riders ferrying people around the city of about 8-million, and say they need to stay local to earn.

“Development is needed, better homes and living conditions are needed, but they must first listen to the community and their needs,” said Prateep Ungsongtham, founder of the Duang Prateep Foundation that runs a charitable school in Klong Toey.

“If the redevelopment happens without that, then this community will disappear and this will become just like any other expensive neighbourhood in Bangkok with no place for the poor people who serve the city,” she said.

Across Bangkok, informal settlements have been torn down and vendors removed from streets in a push to beautify the city and create parks and walkways for tourists and wealthier residents.

Prateep and other campaigners have opposed the city's policy of resettlement, which they say separates the poor from their social networks and limits their ability to make a living.

In Klong Toey, where residents have resisted previous eviction attempts, many homes lack running water, and sit cheek by jowl with open drains and trash heaps in alleys that are too narrow for garbage trucks.

While the neighbourhood was relatively untouched by the coronavirus pandemic last year, a recent surge across the country has seen hundreds get sick in Klong Toey.

The Duang Prateep Foundation and the Charoen Pokphand Group are assisting authorities in vaccinating Klong Toey residents, and meetings with the Port Authority have been shelved, said Suchai Amorndararat, director of Klong Toey district.

“Relocating the communities is not a small matter — they have been living here for a long time, and we understand that they are concerned about the disruption to their livelihoods,” he said in an interview in his office.

“They will perhaps be agreeable if the redevelopment means better opportunities and a better quality of life,” he said.

The 490-billion baht ($16bn) plan is also opposed by the port workers’ union, who say it favours private enterprises, and should instead create jobs for locals.

The Port Authority is conducting a “comprehensive” feasibility study and is also surveying Klong Toey residents on the three options presented to them, said Somchai Hemthong, an assistant director-general at the state-run firm.

“We want to be a world-class port like the Port of Busan in South Korea, mixed with shops, residences and a recreation area where people can walk, bike and take photos,” he said, adding that the project will be profitable for the government.

The new micro homes designed by Varudh Varavarn, founder of Vin Varavarn Architects, stand out in sharp contrast to the dilapidated shacks with their tidy porches and solid walls.

Each home was built at a cost of less than $3,500, and customised for odd-sized plots, Varudh said.

Nearly 30 homes were completed before the first lockdown began in March last year, with a goal to build another 100 houses, ranging in size from 13.5m2 to 36m2 and housing families of four to six people.

Residents love their homes, with many painting the beige exteriors bright green, pink or blue.

“The idea is an in situ upgrade, maximising the space and making the homes bright and airy and adaptable,” Varudh said.

“The residents said they could comfortably spend time inside their homes during the lockdown, and that they felt safer and more secure,” said Varudh, who has also designed an earthquake-resistant school in northern Thailand.

For Somyos Chalotai, 50, his new home is a significant upgrade from his old home whose tin roof leaked in the rain.

“I lived in my old home for 17 years and am finally in a home where the roof does not leak,” he said. “Many people here have got infected with Covid. But my family and I have stayed safe.”

The demonstration was originally to show solidarity with protesters in Myanmar, but  morphed into calls to end the lese-majesty law
World
8 months ago
Next Article