Cambodia’s microlenders have come under rising scrutiny as they are linked to predatory lending, child labour and coerced land sales 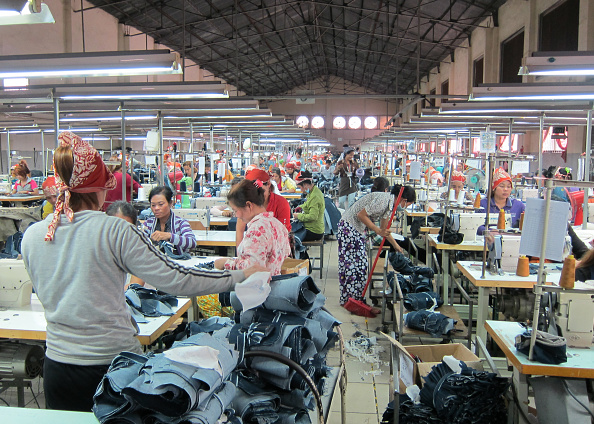 Phnom Penh — After weeks without pay, it was debt that drove Cambodian garment worker Eang Malea back to her factory when it reopened this month, eclipsing her heightened fear of falling ill amid a surge of Covid-19 cases on factory floors.

The 850,000 people who work in Cambodia’s $7bn garment industry have been prioritised for Covid-19 vaccines, but Malea has not yet secured hers and promises of debt relief amid strict lockdowns have not materialised, she said.

“I need to pay rent, utilities and debts,” Malea told the Thomson Reuters Foundation. “I worry that I will get infected by going to work without being vaccinated, but I don’t really have a choice.”

Cambodia shut clothing factories and put some worker communities under strict lockdowns in mid-April as hundreds of new coronavirus cases were detected each day, with infections at more than 100 factories.

The nation of 16-million people reported less than 500 cases and no deaths in the first year of the pandemic. But with more than 22,000 cases and 156 deaths since a resurgence in February, on April 19 authorities established “red zones” in areas with high rates of infection — banning people from leaving their homes except for medical emergencies.

As the lockdown left tens of thousands of low-paid garment workers without income, on April 7, the Cambodia Microfinance Association (CMA) told its members to assist struggling clients, after months of campaigning by advocacy groups.

But several borrowers said they have not been offered the moratorium, and expressed fear of losing land held as collateral.

“The staff told me that they had not heard of this rule, so they did not have to do it,” Malea said during a break at the factory.

The CMA did not respond to requests for comment. It has previously rejected claims of predatory lending and said last year that no land would be seized by any of its 90 members during the pandemic.

At $3,800, the average debt per borrower is the highest in the world and more than twice Cambodia’s GDP per capita.

The microlending sector has sent thousands of Cambodians into a cycle of debt, with unregulated loan sharks profiting as borrowers take out new loans to pay old ones, researchers have found.

A 2020 survey by trade unions and rights groups found almost a third of workers had taken new loans to pay off existing debt, “as they struggle to feed their families and hold their land under immense pressure from microfinance institutions”.

Borrowers struggling to survive the lockdown “shouldn’t have to worry about how to pay their microfinance loans,” said Naly Pilorge, director of human rights group Licadho, urging the profitable industry to act.

“Many of Cambodia’s largest microfinance institutions made record profits in 2020, and now is the time for these institutions to live up to their promise of helping Cambodia’s poorest, by offering real and immediate debt relief,” she said.

Garment worker Thann Chanthy has debts of more than $6,000 to microfinance lenders and a loan shark — who she turned to to make payments on the original debt.

Chanthy tested positive for the coronavirus along with about 100 of her colleagues at a factory in mid-April. Shortly after arriving home after a stint in a Covid-19 treatment centre, one of the microfinance companies called.

With $3 to her name and no sign of any income or aid, she requested a few months grace, but was told that she had to at least pay $60. “I have had no income for the past three weeks and no savings,” she said. “I’m only able to pay if I borrow from a loan shark ... I really don’t know what to do.”

From Southeast Asia to the Caribbean and South America, countries report surges of Covid-19
World
1 year ago

The sector is critical to Myanmar’s economy, which accounts for a third of its exports and employs 700,000 low-income workers
World
1 year ago
Next Article