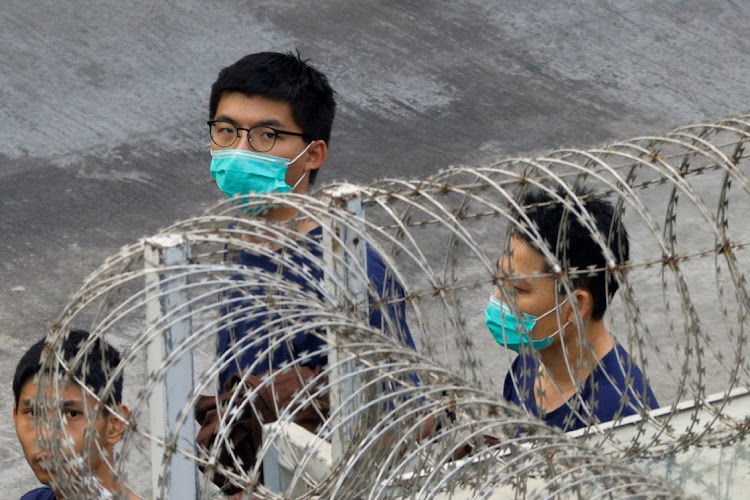 The ruling by Hong Kong’s District Court came on Thursday after the 24-year-old recently pleaded guilty to taking part in an unauthorised assembly in 2020 — a crime punishable by up to five years in jail. Wong and thousands of others held a vigil on June 4 to commemorate the 1989 Tiananmen Square crackdown, defying an unprecedented ban on the event that authorities said was necessary due to the pandemic.

The sentence represents the latest setback for the prodemocracy movement, which has been under siege since Beijing imposed a national security law on the former British colony last year, giving authorities extensive powers to tackle dissent. Aside from Wong, the subject of a 2017 Netflix documentary, authorities have charged or jailed dozens of opposition figures, including media mogul Jimmy Lai, triggering condemnation from the US and other Western governments.

Thousands “if not tens of thousands of people commemorated June 4 despite the ban or Covid-19 restrictions across the city”, said Maya Wang, a senior researcher at Human Rights Watch.

“There is a campaign of selective prosecutions in the city, which seems to be aimed at putting behind bars prominent prodemocracy activists for years to come, with the intention of effectively dismantling Hong Kong’s prodemocracy movement,” said Wang.

Wong’s total prison term now stands at 27.5 months after a court extended it for a second time. He was initially serving a 13.5-month sentence for leading a protest outside police headquarters in 2019. A court then added four months in April for violating a mask ban and joining another unauthorised rally.

He is also charged with subversion in a case involving 47 defendants — including many former lawmakers — for helping organise a primary election that authorities said was the first step in a plan to vote down the budget and force the resignation of the city’s CEO. That charge carries a maximum sentence of life in prison.

Three other activists received jail sentences on Thursday ranging from four months to six months for participating in the June 4 vigil, an annual ritual in the city that was halted for the first time in 2020.

Officials have decided to ban the event again this year because of the pandemic, according to the Hong Kong Free Press. Hang-tung Chow, vice-chair of Hong Kong Alliance, said the group that has for years organised the vigil applied to the police for a letter of no objection so it could hold it again next month but hadn’t received a reply.

Courts in the past would issue fines for unauthorised assemblies instead of handing out prison terms, said Ivan Choy, a senior lecturer specialising in the Asian financial hub’s politics at Chinese University of Hong Kong.

“So these kinds of sentences are sending society a message that in the future if you try to attend them, there will be a high cost,” he said.