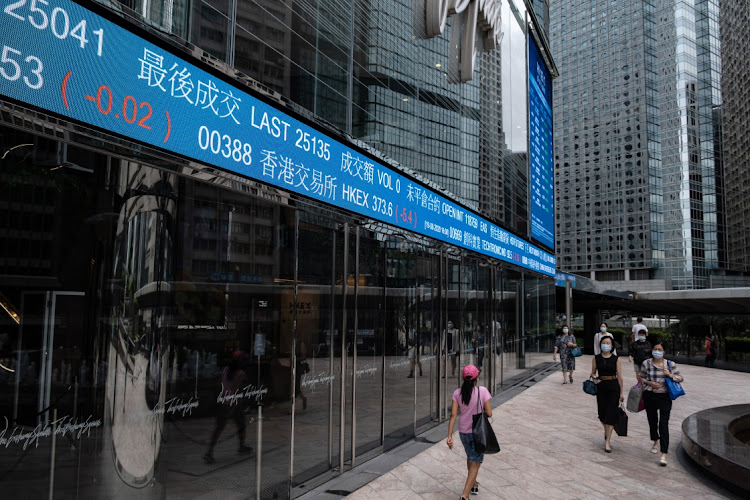 Frankfurt/Hong Kong — When shareholders get angry at management, they typically vote down executive pay packages or stage protests. In Hong Kong, they call in the thugs.

Hong Kong is rare among developed markets for incidents of violence involving hired muscle at shareholder events. The closest parallel would be Japan in the 1980s and 1990s, when public company meetings were disrupted by yakuza gangsters demanding payoffs.

Such disruptions, while infrequent in a market with more than 2,500 public companies, usually involve heated fights between rival shareholder groups and underscore the challenge authorities face trying to clean up what former Hong Kong Exchanges & Clearing CEO Charles Li once called the market’s “dark corners”.

Anthony Neoh, former chair of Hong Kong’s Securities and Futures Commission (SFC), called the use of force at shareholder events “the tip of the iceberg” in a long-standing struggle against bad behaviour in the markets. “That is a cat-and-mouse game that will continue,” he said. “The cat sometimes wins, but there are simply too many mice.”

The SFC has spent years going after what it has called “nefarious networks”, which combine practices such as stock manipulation, shareholder vote-rigging and other actions seen as tools for market misconduct. An SFC spokesperson declined to comment on police calls to shareholder meetings.

While it isn’t clear who was behind the Convoy disruption, a former management team was allegedly involved in one of these networks, according to lawsuits filed by the company against its ex-directors and related parties. Big shareholders remain locked in legal battles and regulatory investigations, and the department of justice is appealing a court decision to clear several former directors of conspiracy to defraud. The wife of one of those directors was injured in a knife attack after her car was rammed in northern Hong Kong in 2019, the South China Morning Post reported.

Disturbances in recent years include a May 2018 shareholder meeting of V1 Group, a Chinese mobile-games maker, where police were called after men wearing T-shirts and gold chains surrounded and shouted down a speaker, according to a lawyer who witnessed the incident but asked not to be identified discussing client matters. A police spokesperson confirmed that officers were called to the scene. A V1 spokesperson said the dispute was unrelated to the firm or its directors.

Less than a year earlier police intervened in a board meeting of lingerie chain My Heart Bodibra Group after men entered the office and threatened directors. A fight broke out, and the firm’s chair at the time was among three people arrested, a police spokesperson said. No charges were brought.

A years-long fight for control of building outfitter Aeso Holding saw police called in June 2017 as an investor meeting descended into shouting and scuffles. Officers were later summoned to Aeso’s office, and those of its financial adviser, after groups of men threatened staff and tried to gain entry.

The police were also called to a China Health Group shareholder meeting in 2016 after unidentified men delayed voting and shoved a company director, Bloomberg News reported.

Officers from Hong Kong’s anti-triad unit are investigating the Convoy disruption, a police spokesperson said. The possible involvement of organised crime raised the temperature at an already fractious meeting where competing shareholder blocs had enlisted local politicians to take sides in the fight over who controls the firm.

One group representing the owners of Chinese property developer Kaisa Group Holdings, which is trying to wrest control of Convoy, was pushed out of the room after telling participants a judge had issued an injunction ordering that the meeting be postponed, legislator and Kaisa ally Paul Tse said. A spokesperson for Convoy said the company didn’t receive a formal injunction notice until the end of the meeting, and voting was normal and effective.

Kwok Hiu Kwan, a son of Kaisa’s chair who holds about 29% of Convoy shares, declined to comment. Kwok has previously denied claims, made by Convoy in court, that he was in alliance with the firm’s former management team.

Convoy shares will be delisted from May 4, the Hong Kong exchange announced on Friday, six weeks after the altercation. Trading was suspended in late 2017 and never resumed. Since 2018 the exchange has sped up its ability to delist companies by targeting firms that had not traded for more than 18 months.

What could Long4Life do next?

What could Long4Life do next?