Crew had attempted to break out of the sinking submarine, says analyst 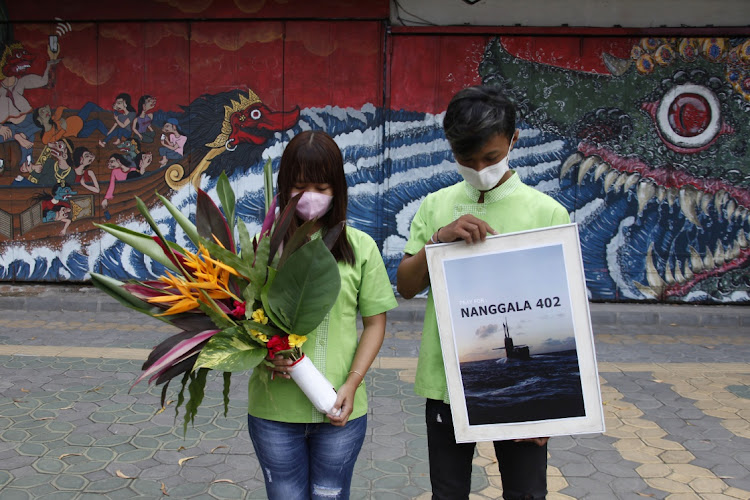 People pray for the crew of a destroyed submarine during a vigil in Solo, Indonesia, on Sunday. The KRI Nanggala-402 sunk last week in the Bali Sea with the loss of all 53 crew. Picture: ANTARA FOTO/MAULANA SURYA/REUTERS

Bali — Indonesian authorities said they found a missing navy submarine five days after it disappeared, declaring all on board dead as the vessel sank to depths beyond what it was built to withstand.

The navy located the KRI Nanggala-402 broken in three parts at a depth of 838m in the waters off Bali on Sunday, according to Commander Yudo Margono. It carried 53 crew members.

“At such depth, there was little chance of finding survivors,” Margono said in a press briefing.

The German-made Nanggala disappeared in waters off Bali on Wednesday during a training exercise. Authorities had predicted oxygen in the vessel would be depleted by 3am on Saturday. More than 20 vessels, including those dispatched by the governments of Singapore and Australia, and five aircraft scoured the waters in search of the submarine. Some debris was discovered on Saturday around the area where the vessel was located.

The submarine, which at more than 40 years old is among the world’s oldest in service, was not built to withstand pressure beyond 230m, said Ridzwan Rahmat, defence analyst at Janes.

There was indication that the crew had attempted to break out of the sinking submarine with the discovery of a torn escape suit, Margono said.

“The suit was normally kept inside a box,” Margono said. “Someone must have taken it out, but did not have the chance to use it.”

The navy is now co-ordinating with other agencies to lift the wreckage from the seabed. Margono dismissed the possibility of human error in the incident, saying the crew had met all necessary requirements for the dive.

A slick of oil was seen at the vessel’s dive site, but no signals have been detected
World
2 weeks ago

Indonesia launches search for missing submarine with 53 on board